close
This Train is not worth riding 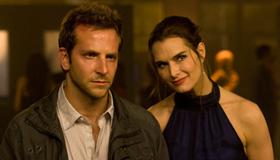 An adaptation of a 1984 Clive Barker short story, the iconic horror writer and sometimes filmmaker himself has called Midnight Meat Train “intense.” He’s right. It’s intense, perhaps, beyond reason. But one supposes that’s the point. Still, one cannot fathom why anyone would deliberately put themselves through such a thing as this, beyond the requirements of one’s occupation—say, film critic or coroner. That notwithstanding, we know a fan film when we see one, and this sharp and brutal little yarn about a photographer who stumbles across a serial killer is a fan film if every there was one—and only fans will be able to stomach it.

Photographer Leon Kauffman (Bradley Cooper) is encouraged by gallery owner Susan Hoff (a sleek and brutal Brooke Shields) to find the darker side of the city if he wants his work to break through. Leon takes to roaming dark dangerous burgs in the wee hours, including late-night train rides. One night, he photographs a horrible thing that involves a large man (Vinnie Jones, Hell Ride ), a girl and the manner of sledgehammer used to kill livestock with a single blow to the head. Why anyone would deliberately put themselves through such a thing as this utterly eludes us, which we know we’ve written already, but seemed worthy of repeating. The guy with the head smasher is a butcher, so you can discern what he does with the meat.

Despite the protestations of his girlfriend Maya (Leslie Bibb), Leon continues to pursue the subway killer well beyond point of reason, which harkens back to the original notion of this review: Midnight Meat Train, despite it’s deep genre roots and stylish high concept J-horror execution, may exist outside of reason. Indeed, perhaps such films as these must exist outside of reason, which once again, may be the point.