close
This Hurricane Katrina doc is worthy of all praise 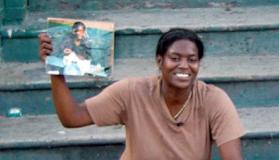 Captured and told from within the figurative heart of the modern-day disaster known as Hurricane Katrina, Trouble the Water is the 2008 Sundance Film Festival Grand Jury Prize winner for best documentary. Though one is usually loath to tout film-festival laurels as banner of prestige these days, Trouble the Water is most worthy of all praise, accolade and recognition from whatever quarters that positive attention may come. If such celebration translated into box office receipts, this extraordinary little movie would be The Dark Knight of documentaries.

On the eve of the hurricane that was the catalyst to a chain of catastrophic events including the failure of the city’s ill-engineered system of levies, Ninth Ward resident Kimberly Rivers Roberts and her husband Scott Roberts found themselves among the thousands of NOLA residents unable to evacuate the city or get to the relative safety of higher ground. With a consumer video camera and waning batteries, Kimberly and Scott (mostly the endlessly energetic and fiercely determined Kimberly) captured events that encompass circumstances before the storm, through the arrival of the storm’s mighty eye, including the rising water as it drove them to their attic and rooftop and.

When the battery of Kimberly’s camera dies, even though one knows that she and Scott survive (by virtue of the film’s nonlinear layout and the fact that the Robertses are still with us) one is still left staggered and breathless. Yet, this is not the breathlessness one is left with after surviving a taut theatrical thriller of the sort the community of fiction filmmaking is prone to of late. Rather, this is the sort of breathlessness one experiences after a firefight in a war zone—where not everyone survived. In other words, like nothing most of us will have ever experienced before, and hopefully, at all.

In addition to the 15 minutes of footage from the Robertses, Trouble the Water is constructed from candid footage before the hurricane and several weeks after, clips and archival footage from events and figures surrounding the hurricane and news footage from across the country. Collectively, what is chronicled is a failure of governments large and small, and frankly, man’s well documented inhumanity to man. What is also captured, and is no less important to note, are several heroes of humanity. When the water was high and rising, men and women of little means joined forces to save whole families and each other when everything and everyone else failed them—often deliberately.

Ultimately, the film begs the question “how could this have possibly happened in the home of the free and the land of the brave?” Trouble the Water is a film from Tia Lessin and Carl Deal, the producers of Fahrenheit 9/11 and Bowling for Columbine, so the question is answered here, and in unequivocal terms. But the answer does not come from the filmmakers, neither of whom are natives of the one-time Big Easy. Rather, the answers come from the actual victims of the disaster, who answer in the starkest and most direct manner since the Rodney King beating—on video.

Of course, the perpetrators of that crime got off, too.