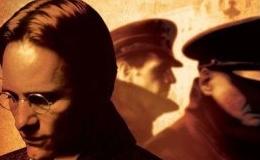 A popular male lead in Viggo Mortensen, plush production values and a familiar, accessible period tale—the dilemma of a decent man who ends up collaborating with the Nazis in the years leading up to World War II—give Good director Vicente Amorim a film with moderate box office potential both in America and foreign markets. While Mortensen is as engaging as ever, Good, based on the play by C.P. Taylor, never achieves the level of taut drama necessary for the film to achieve strong critical word of mouth and draw sizable audiences to cinemas. While good enough to warrant a buy from foreign film outfits that want to be in the Viggo Mortensen business, it looks unlikely to become the type of crossover hit hoped for by its U.S. distributor ThinkFilm.

German literature professor John Halder (Mortensen) watches nervously as academic censorship becomes a major propaganda tool by the ruling Nazi party. With his teaching job on the line and his marriage and family life in shambles, Halder accepts a well-paid research assignment from the Nazis. He explains his rationale for accepting the work to his Jewish psychiatrist friend (Jason Isaacs) in pragmatic terms. Sometimes, one must collaborate with the enemy in order to survive and have a chance to fight back. But the job and a new relationship with a pretty female student (Jodie Whittaker), a believer in the Nazi party, pull him deeper into the lion’s den. Halder becomes more than a collaborator and soon he is unable to think of himself as a good man simply in the employ of bad people.

In its final moments, an extended, fiery climax showing World War II at its most horrifying, Amorim brings life to a movie that until this closing scene resembled more a by-the-numbers, filmed stage play. While production values are high thanks to the work of designer Andrew Laws and cinematographer Andrew Dunn’s lovely use of the film’s Budapest location, screenwriter John Wrathall and Amorim fail to match Good ’s interesting philosophical content with taut cinematic drama. What they have left is a premise, a film with potential featuring a popular male lead. What’s lost is a chance for a strong World War II moral drama; something equal in quality to standout films like Agnieszka Holland’s Europa, Europa and Paul Verhoeven’s Black Book.

Audiences who seek out Mortensen will leave Good disappointed by the film’s lack of gripping emotion; a feeling of dramatic lethargy that slowly paints the handsome lead in a less-flattering light. Only Whittaker, who plays the pretty Nazi siren who helps pull Halder into the moral abyss, rises above the material. She’s on fire from beginning to end as the type of German beauty Leni Riefenstahl would have loved. The always-likable Jason Isaacs fails to make a strong impression as Halder’s Jewish friend.

In the U.S., despite Mortensen in the lead, Good looks to be a moderate arthouse hit; failing to attract any crossover audience. Foreign markets will likely come on board due to Mortensen, with the exception of Europe, where the subject matter of Nazi Germany still generates controversy.

For Amorim, who only claims his second feature with Good, it’s best to see the film as a next step towards honing the quality storytelling skills needed for making successful movies.