close
Under the South Jersey sun

Greetings from the Shore 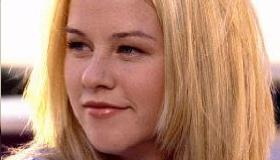 A bittersweet coming of age/love story told against the backdrop of one summer season at a beach town in the Northeast—i.e., deep in the heart of Mystic Pizza territory—this first feature by former music video director Greg Chwerchak is reasonably affecting despite uneven performances and a certain overfondness for familiar stock characters. Essentially a love letter to the town of Lavalette, New Jersey (or, as we in the hood call it, The Romance Capitol of the Tri-State Metropolitan Area), it may or may not travel well; commercial prospects would seem middling, although it seems destined to have a happy afterlife on home video.

Did we say stock characters? Let us count the ways. There’s Jenny (appealing newcomer Kim Shaw), a plucky but vulnerable poor working-class Jersey teen who promised her recently deceased dad she’ll find a way to raise the tuition for Columbia University no matter what. There’s Benicio (David Fumero), the brooding Skeet Ulrich-ish busboy who has the soul of an artist but, perhaps having been overexposed to the 1972 Looking Glass hit “Brandy,” has decided that his life, his love and his lady is the sea. There’s crusty but loveable Catch Turner (Paul Sorvino), a devoted family friend and mentor who harbors his own darkly tragic secret. There’s Commodore Callaghan (Jay O. Sanders), the monstrously egocentric rich lout who owns the local yacht club and has the entire town under this thumb. And then there’s his son Owen (Alex Cendese), a spoiled rotten fratboy idiot and aspiring date-rapist. All of these folks, and lots of others more or less equally clichéd, come together in a convoluted plot involving some (mostly) Eastern European illegals working on student visas as part of a scam that will ultimately get them work permits for an Alaskan fishing fleet. And the whole thing climaxes, improbably, with a high stakes poker game between Catch and the Commodore, the outcome of which will be in doubt only to people who have never seen another movie.

On the plus side, Chwerchak manages all the little details, the feel of life on the Jersey shore, pretty much flawlessly, and he invests the film with a soft romantic glow that’s guaranteed to bring a small smile to anybody who’s ever spent a summer in a similar locale. The performances, however, are a bit of a mixed bag. Sorvino, usually the most reliable of actors, is surprisingly unconvincing here; you get the feeling he was either handed the script the day before shooting, or he’s got something else on his mind altogether (perhaps a guest appearance with James Lipton on Inside the Actors Studio ). Sanders, another normally terrific performer, is also problematic; he throws himself into the villain part with so much enthusiasm that I kept waiting for him to start twirling a non-existent mustache. Shaw and Fumero, however, are sweetly endearing as the young lovers, and the picture is very nearly stolen by the extremely cool Lars Arentz-Hansen as a seemingly sinister Russian who turns out to be a thoroughly charming mensch instead.