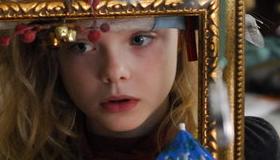 Mental illness is one of those issues American movies have a very hard time dealing with. This is because the conventional wisdom about commercial drama is that it’s only good when it leads to “resolution”—i.e. the solving of the presented problem. And mental illness is frequently impossible to solve using anything that resembles the sort of syntax most film producers understand.

The sick persons can’t be “loved” out of their condition (the solution proposed by the medically disgraceful but emotionally and cinematically satisfying A Beautiful Mind ). They aren’t villains but victims, so they can’t be blamed or punished for the hurt they cause others. Among American directors, perhaps only John Cassavettes in his masterpiece A Woman Under the Influence ever really got it right. In that picture, a medical intervention temporarily adjusts Gena Rowland’s manic disorder, but at a great and heartbreaking cost to her personality, and the story ends in uncertainty, with auguries of both salvation and relapse.

Cassavettes was that rare American moviemaker who embraced the gray in complex issues. With Phoebe in Wonderland, first-time feature filmmaker Daniel Barnz is trying to be that director too, and he gets far enough toward his goal that it’s deeply frustrating when, toward the end of this saga of childhood mental disorder, Barnz loses his nerve. Part of the reason is that Barnz’ movie can’t make up its mind what it wants to be. Phoebe is an intermittently clear-eyed medical drama, but it’s also a sappy “inspirational-teacher” genre exercise, with Patricia Clarkson as a grade school drama instructor who issues life wisdom and aphorisms so freely you expect her head to crack open and dispense fortune cookies.

The plot finds angelic 10-year-old Phoebe (the facile and nuanced child actress Elle Fanning) in the grip of a weird transformation. She’s taken to spitting at other children, and to obsessive hand washing and stair climbing. Raised to appreciate Lewis Carroll by a mother fruitlessly attempting to expand a Carroll-themed doctoral dissertation into a book, Phoebe’s fixation on the world of the Alice in Wonderland fantasies crests when Phoebe tries out for an Alice school play and is cast in the lead. Soon the Queen of Hearts and other characters from the story are invading Phoebe’s everyday life, and they begin encouraging her toward risks and dangers in the name of ecstatic relief.

With its down-is-up, back-is-front dream logic, Carroll’s Wonderland is an intriguing metaphor for mental illness, especially for a disorder that claims an innocent young mind. Barnz doesn’t really visualize Phoebe’s fantasies in a way that supports his script, though. Why the imaginative Phoebe would dream up Humpty Dumpties and Mad Hatters as chintzy and fake as the paper mache jobs the school-kid actors wear is an open question. The literary parallels Barnz draws between Phoebe’s deterioration and Alice’s journey through the strange are more successful, and when the film sticks to Phoebe’s relationship with her disorder and with the secret world where she seeks refuge from it, Phoebe in Wonderland is moving and true.

But Clarkson’s character, meant as a bastion of world-weary nonconformity, behaves with remarkable irresponsibility toward the girl. The allegorically-named Ms. Dodger is the one adult depicted as alert enough to understand that Phoebe is not just “special” but disturbed. But the only thing the teacher can think to do when she sees Phoebe’s hands bleeding from hours of washing or finds Phoebe hiding in theatre rafters voicing suicidal thoughts is to spout supportive clichés about staying true to the self, despite the “horrible normals” who will try to take you down. That might work in a movie about cheerleading crunk dancers, but it’s pat and simpleminded in a context where the self Phoebe is supposed to stay true to is a genetically damaged one.

Bizarrely, the domestic scenes Barnz has generated between Phoebe and parents Bill Pullman and Felicity Huffman are far less manipulative and far truer. Phoebe discards so many of the dangerous movie clichés about love’s role in psychiatric care that it’s disappointing to see him fall back on less damaging but still questionable bromides. Phoebe isn’t just cursed by an undiagnosed mental disorder that causes her to act out, to see visions and to indulge in the eerie and complex obsessive-compulsive rituals. She’s also a gifted young artist, whose disease and creative capacity the film presents as indissolubly intertwined.

In a famous essay, Susan Sontag once gave a disparaging label to the literary disorder embodied in that formulation. She called it “illness as metaphor,” and she viewed it as a type of anti-intellectualism, a superstitious equating of art and creative exploration with disease. How ironic that a film that sees itself as supporting the misfits and geeks against the “horrible normals” falls back on such middlebrow thinking. And what a shame that the disorders in Barnz’s promising premise are as incurable as poor Phoebe’s imbalances. When Phoebe in Wonderland culminates in an improbable series of uplifting climaxes that render harmless all the schizophrenic visions Barnz has lavished so much screen time on, it’s possible to feel cheated. Phoebe may not be schizophrenic, but any movie that simultaneously wants to trouble and reassure, to keep it real and then traffic in wish fulfillment, certainly is.