on September 09, 2008 by Cathleen Rountree
Print 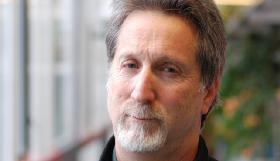 Since the inception of the Manhattan Project during WWII, and under the auspices of national security, public access to the information about the U.S. government’s process and proceedings has been increasingly restricted. For example, it simply confounds the mind to learn that last year the government classified five times the number of pages they added to the Library of Congress--and at a cost to the taxpayer of $8 billion. Filmmakers Peter Galison and Robb Moss, both Harvard professors, examine our government’s obsession with concealment and the resulting undermining of the democratic process and the loss of constitutional liberties. This exceedingly “fair and balanced” (in the true meaning of the phrase), densely layered scrutiny of the nation’s “disappeared” knowledge warrants viewing--even repeated viewing. But, unfortunately, given this election year’s preoccupation with the virtues of hockey mom-ism and mock heroism, until its DVD release, at least, Secrecy may remain just that: a secret.

Secrecy follows in the finest tradition of investigative journalism in documentary films, such as Errol Morris’ The Fog of War, Alex Gibney’s Oscar-winning Taxi to the Darkside and Charles Ferguson’s No End in Sight. The high-level group of participants whom Galison and Moss interviewed for Secrecy include a CIA analyst, attorneys of Guantanamo Bay prisoners, journalists and government officials. Thomas Blanton of the National Security Archive at George Washington University recognizes the appeal of secrets as a conceptually forbidden fruit. “Secrets are seductive in two directions: there’s a seduction of secrecy for the securocrats, because that is the key tool they use to gain and keep and regulate power.” He then adds this explicit analysis: “There’s a voyeurism to secrecy, which has sexual connotations, because you’re looking into the unknown, you’re looking into the taboo.”

To their credit, the filmmakers avoid the polarizing left/right-wing fury that sabotages and renders impotent too many political documentaries. They present both sides of the story: the pros and the cons. Blanton later explains that the dichotomy is not between national security and openness, the dichotomy is between secrecy and security: “The secrecy is not making us safer. Less secrecy would actually make us safer.” He cites the capture of the Unabomber as an example: “When [the Unabomber’s] screeds were published in the newspaper, Ted Kaczynski’s brother recognized his writings,” which led to his arrest.

Yet, in a counterpoint, former CIA operative Melissa Boyle Mahle points out that, “Secrecy has the advantage of allowing the government to take actions in private that would seem inconsistent with our ideals if brought to light.” Still, she clearly understands that intelligence agencies are only as good as the trust they warrant from the public, and she admits that the trust has been broken.

This thoroughly researched, finely crafted, intellectually sophisticated documentary reinforces the role that documentary filmmakers seem to have assumed: to question, to ferret out the truth where the traditional media outlets and government bodies often fail. Galison and Moss have done this and more in Secrecy.