close
Slumdog ranks as one of the best films of 2008 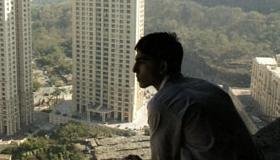 With Slumdog Millionaire, English director Danny Boyle travels far afield of his home patch, all the way to India. Applying the same intricate detail and heady atmosphere he once lavished on Edinburgh’s junkies in his breakthrough film Trainspotting, Boyle focuses on a teenager born in Mumbai’s wretched slums who becomes an instant celebrity when he appears on the Indian edition of Who Wants to Be a Millionaire? The kinetic, visually arresting drama, touching, sometimes funny and often horrifying, marks a new high in Boyle’s career as he explores India’s political, economic and social framework through the prism of a coming-of-age story. The buoyant Hindi-language saga looks like a sure bet for arthouse success and may well expand its reach beyond that modest range with good word of mouth and awards buzz.

When 18-year-old Jamal (Dev Patel) appears on Who Wants to Be a Millionaire?, everyone expects him lose during the show’s earliest rounds. A “slumdog” born in Mumbai when it was still Bombay, he has almost no education and a job as what game show host Prem (Anil Kapoor) contemptuously refers to as a “coffee wallah,” a boy who delivers beverages at a telemarketing firm. When the charming, soft-spoken young man begins a run up the board, it is the ultimate feel-good story, except to those who suspect him of cheating. A police inspector (Irrfan Khan) investigating Jamal’s case points out that no one, not even doctors or lawyers, ever gets very far on the show, yet this slumdog is well on his way to the ultimate prize of 20 million rupees.

Screenwriter Simon Beaufoy makes brilliant use of the game show format. The program figures into the drama in a number of ways, but nowhere more importantly than in the way it allows Jamal’s story to unfold. To avoid a fraud charge, he must explain to the police how he came to acquire knowledge that is generally unavailable to someone of his class and educational level. Each answer relates to some aspect of Jamal’s life and that of his older brother Salim (Madhur Mittal) and Latika (Freida Pinto), the girl he has loved since he was seven.

The tale that develops is worthy of at least Dickens, if not Dante, with these children born into a kind of hell from which their society offers no real hope for escape. Anti-Muslim rioters destroy their slum. An orphanage operator turns out to be less than benign. Both Salim, a born hustler, and Latika move into the orbit of a local mobster, and away from Jamal. On the surface, Mumbai is changing, brand-new high rises taking the place of slums, call centers offering new opportunities to an emerging middle class. But the underclass from which Jamal emerges remains much the same as it ever was.

Not that Slumdog Millionaire is as dire as all that. Boyle’s tale is shot through with moments of grace and unexpected levity. In one lively sequence, Jamal and Salim lam out of Mumbai, disembarking at the Taj Mahal, where they learn to hustle tourists in a scammers’ paradise. The movie is also ultimately a romance, as Jamal remains doggedly devoted to Latika even through long stretches where she is wholly absent from his life.

In another filmmaker’s hands, this could have been the stuff of turgid melodrama, the story’s contrivances laid bare. But Boyle directs with such exuberance that his energy lifts the movie. Slumdog Millionaire is a colorful, fast-paced affair as cinematographer Anthony Dod Mantle captures India’s vibrancy with a camera that constantly roves Mumbai’s teeming streets or hovers overhead, capturing the country’s eye-popping colors. Boyle’s storytelling is economical; a tale with the sweep of an epic comes in at exactly two hours, set to the evocative rhythms of A.R. Rahman’s score and the propulsive beat of the hip-hop-infused soundtrack.

Three actors apiece play Jamal, Salim and Latika at various ages, and the Millions director proves once again just how adept he is in working with children. Particularly touching is Ayush Mahesh Kedekar, who plays Jamal at 7, a little boy who retains his sweetness and innocence amidst the squalor of his existence. On the other end of the spectrum, 18-year-old Harrow native Patel is spectacular as the vulnerable but determined nearly-adult Jamal who has seen and experienced way too much, yet remains a romantic at heart.

Boyle’s most ambitious film to date is also his greatest. Simply put, Slumdog Millionaire in one of the best—if not the best—films of 2008, as teeming with life as the slums it depicts.