close
These Women aren't worth spending time with 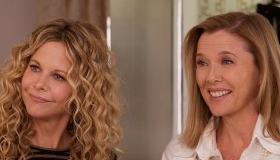 A full decade after having seemingly vanished from the television scene, Murphy Brown creator Diane English re-emerges as a full-blown theatrical triple threat—writer/director/producer of this utterly non-threatening and fairly pointless updating of the famous 1936 Clare Boothe Luce play and subsequent 1939 George Cukor movie. Despite an undeniably strong all-star cast—the most impressive assemblage of major actresses since Steel Magnolias —the reconfigured The Women still feels like an anachronism, an all-too-obvious attempt to tap the Sex and the City audience by feeding them a new recipe of grandma’s grits. Target audience of thirtysomething and older women should account for respectable opening numbers with poor word of mouth helping close the theatrical window fairly quickly thereafter.

Much has been updated and switched up here, but the underlying premise is the same, as is the theatrical conceit of an all-female cast (including extras and background). An unlikely group of girlfriends rally to the defense of one after it’s revealed that her husband is having an affair with a gold-digging perfume counter girl. Meg Ryan plays Mary, the victim of the infidelity, while Eva Mendes plays a deliciously catty Crystal, a part popularized in the original by Joan Crawford. Annette Bening’s Sylvia is a competent but too-derivative take on Kim Catrall’s commitment-phobic careerist Samantha in Sex and the City while Debra Messing’s too-fertile Edie represents for the stay-at-homers. There’s also a dash of cultural progressivism by way of Jada Pinkett Smith as the token lesbian/woman-of-color as well as a nod to the mature set via a trio of supporting turns by Bette Midler, Candice Bergen and 82-year-young Chloris Leachman.

As one might expect, given its stage origins, The Women is mostly chit-chat, small talk and gossip with at least four too many heart-to-hearts between friends, mothers and daughters and friends and friends’ daughters. English means to resurrect the original play’s highly evolved ’30s era feminism for a post-feminist audience, but the result feels more like a dusted-off quilting circle with an improved sense of style. The actresses try hard, and several have undeniably good moments—Ryan and Bening in particular—though it’s impossible to overlook that this is simply not English’s medium. What works well on television often comes off as having too much octane in a theatre, a problem manifested here in both writing and direction. Too many characters spend too much time sharing too forcefully precisely what’s on their minds, never giving the audience time enough to absorb the ramifications of what has just transpired. Scene staging is similarly uninspired and clunky.

In all, it’s a fairly pointless exercise in modernization that ends up feeling far less progressive than the original or, for that matter, the much-maligned 1956 musical version, The Opposite Sex, starring Joan Collins, Anne Sheridan, Ann Miller and June Allyson. It’s a particularly disappointing and surprisingly tame effort for a talent like English, whose reputation, until now, had been largely built on originality and risk taking. Prospective audiences would do better to simply wait another two weeks and re-watch the feature-length Sex and the City when it’s released on DVD.