close
Blindness is definitely worth a look 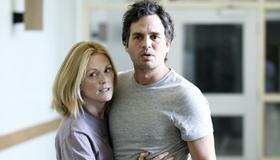 Although bleak in tone, dealing as it does with the breakdown of society in the grip of a strange epidemic, Blindness should benefit from the legion of devotees of the novel.

Directed by Brazilian filmmaker Fernando Meirelles and based on the book by Nobel Prize-winning author Jose Saramago, the film explores how society reacts in the face of extreme circumstances—in this case, an outbreak of a mystery virus that causes blindness.

As the epidemic spreads panic and paranoia prevails, the afflicted are quarantined with only Julianne Moore’s character retaining her sight—but she pretends to be blind so as to stay with her doctor husband (Mark Ruffalo).

Meirelles explores the fragility of civilization and how it reacts when one thing goes and everything else collapses. Civilization, he argues here, skates on thin ice most of the time.

It all begins in a flash, as one man is suddenly struck blind while driving home from work, his whole world suddenly turned to an eerie, milky haze. One by one, each person the man encounters—his wife, his doctor, even the seemingly good Samaritan who gives him a lift home—will, in due course, suffer the same unsettling fate. As the epidemic spreads, and panic and paranoia set in across the city, the newly blind victims of the “white sickness” are rounded up.

They’re quarantined in a crumbling, abandoned mental asylum, where all semblance of ordinary life breaks down. Eventually armed with increasing courage, Moore’s character and a few others break out of the hospital and into the devastated city—where they may be the only hope left.

Shooting in bleached-out tones, Mereilles creates a nightmarish quality for this saga that can be seen in different lights—as a metaphor for current and recent natural disasters, a stark warning about the future or a meditation on primal instincts.

Staying faithful to Saramago’s wish that the film, like the novel, be set in an unidentified city, the production was shot in three different countries that mix both seamlessly and anonymously. Most of the early exteriors were filmed in Meirelles’s hometown, Sao Paolo. Other locations used included Montevideo in Uruguay and a defunct prison in Guelph, Canada.

There may be shafts of light at the conclusion of Blindness, but it’s a disturbing and disquieting journey. The relentlessly downbeat aura, as well as the graphic violence and sexual situations, won’t appeal to anyone prone to bouts of squeamishness.