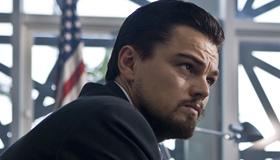 A whole lot of heavyweight Hollywood talent adds up to some pretty featherweight fare in this overly familiar adaptation of journalist David Ignatius’ cliché-addled, War on Terror-themed novel of the same name. Boasting the marquee tandem of Russell Crowe and Leonardo DiCaprio, the predictably splashy Ridley Scott-directed effort isn’t a complete bust—high production value and solid performances lay enough of a spit shine on an otherwise dingy pile of drivel that the picture should be able to drum up several solid weekends before lackluster word of mouth and mediocre reviews finally take their toll.

Post-9/11 American cinema of the studio variety has, to date, been a fairly unremarkable affair. With the noteworthy exception of Syriana, most of the films (e.g. The Kingdom, Rendition and the recent Traitor ) have done little more than recycle a handful of old John Le Carre and Robert Ludlum Cold War formulas, with Islamists swapped for Soviets. Body of Lies falls somewhere in the middle of the crowd, engaging enough to sustain interest but never sufficiently credible to feel relevant.

As always, it all centers on the search for a ruthless terrorist mastermind, this one a particularly nasty piece of work by the name of Al-Saleem (Alon Aboutboul), whose self-sacrificial goons have been wreaking havoc among mild-mannered infidels in Western Europe. Roger Ferris (DiCaprio) is a devil-may-care CIA operative doing the agency’s dirty work in Iraq, sniffing out Al-Saleem’s trail the hard way—amid a constant hail of bullets, blood and mayhem. Ed Hoffman (Crowe) is the brains to Ferris’ brawn—a paunchy terrorism expert and history wonk who orchestrates the whole affair from the cozy confines of a big room in CIA headquarters at Langley, Va., where surveillance feeds from satellites and high altitude drones are splayed across a giant, Dr. Strangelove -inspired wall screen and manipulated like some kind of jumbo Wii. For reasons that never make much sense, Ferris—who has a habit of getting badly injured but never killed—sniffs out Al-Saleem’s trail and follows it to Jordan, where he has to carefully coordinate with Hani (Mark Strong), the Jordanian government’s excruciatingly continental and very intense security chief, so as to walk the fine line between U.S. and Jordanian interests. Needless to say, things don’t quite go as planned, forcing Ferris and Hoffman to freestyle it, American-style.

Ignatius’s story—adapted faithfully but unremarkably by Kingdom of Heaven scribe William Monaghan—has a few routine twists and turns that keep things from bogging down too badly, but in the end it’s simply another lawman vs. badman scenario, distinguished only by Scott’s frenetic direction, Crowe’s implacable patriot and DiCaprio’s praiseworthy, if not entirely successful, determination to shove himself into hard-bitten manly-man roles, for which he is singularly unfit.

For all the film’s faults—and they are plentiful—it’s hard not to be particularly impressed by Crowe, whose abject refusal to submit to the archetypal expectations of a movie star is all but unparalleled among present-day celebrities. In his fourth collaboration with Scott—and his third in a row—he embraces and augments a part (gaining some 30 pounds in the process) that most stars would have regarded as too slight and tangential to “the action.” Even when the film seems to be cutting corners and feigning intelligence with unintelligible political mumbo-jumbo, Crowe’s polished presence lends a gravitas that makes everyone around him—including DiCaprio, Scott and Monaghan—look better than they deserve.

Also noteworthy is British-born Strong’s velvety Hani—it’s just shy of a caricature, but forged with such infectious charm that audiences may well walk out more enamored of Strong—whose talents are also on display in the week’s other big opener, Guy Ritchie’s RocknRolla —than his esteemed megastar colleagues.

Regardless of how poorly, or well, the film performs, Body of Lies won’t likely kill off the genre any time soon—if history is any gauge, Hollywood won’t give up on this pony until they make it pay off, one way or another, no matter the toll on the audience.