close
The many pieces of Madge 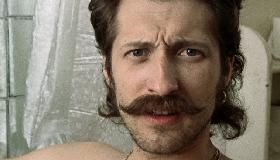 Madonna’s directorial debut comes two decades too late. Not just because we no longer herald her every move as An Event, but because her gossipy, convivial London-set ensemble flick about a musician, a dancer and a pill-popping pharmacist staving off moral corruption (while staying true to their dreams, man), hasn’t felt fresh since Jennifer Beals washed her leotard ... or since Lady Madge was young enough to star in it herself. Curiosity-seekers may trickle in, but despite the deliberate move to release the flick unrated, there’s nothing in here to merit a raised eyebrow.

Eugene Hutz—the maniacally mustached Ukrainian lead singer of the band Gogol Bordello, whose success is identical to his own individual, hipster success—stars as A.K. Gogol Bordello’s sound is a jangling, rousing riot—music that makes you kick up your knees and smash your beer bottle. Less true to life, one assumes, are the forces that drive A.K.’s band: a blind poet who penned a piece called “Wanderlust King” (the song has in reality become an indie-radio favorite) and A.K’s side gig as a Slavic dominatrix who straps on military regalia and orders his paying slaves to whinny like horses and vacuum his carpet. Hutz is a sensation—a natural performer fighting the constraints of a script by Dan Cadan (with Madonna’s input, she assures) that requires him to spend scene after scene in the bathtub waxing thickly accented ruminations on life, love and the nature of evil. “If you’re going to be saved, you have to go to hell first,” he portends. Which, we’re meant to suppose, is why he presses roommate Holly (Holly Weston) to become a stripper even though she’s a blonde darling as prim as Mary Poppins with her hopes set on The Royal Ballet (and despite his repressed dreams of making her his, though he’s as natural a fit for commitment as Hugh Hefner).

Their third roommate Juliette (Vicky McClure) is a pharmacist’s assistant wrangling with her boss Sardeep (Inder Manocha) and his infatuation with her (much to the irritation of his wife Shobu Kapoor and six kids). Juliette’s also plagued by her estranged family and a prescription addiction that never really registers because it’s limited to her shoving unidentified bottles in her pockets. Like Holly, she’s got her own Julie Andrews ties with a Sound of Music haircut. But what the characters are really meant to resemble is Madonna herself who, in a supreme nod to narcissism, has split her persona between every character in the film, as though we’re meant to reassemble her looming presence piece by scattered piece. Juliette favors the stripes-and-jeans combo Madge made famous in her video for “Papa Don’t Preach”; her only other defining trait is a passion for African orphans. Holly, the fallen ballerina, is a page straight from Madonna’s early biography as a dancing “art model” whose photos topless with legwarmers graced many a college bedroom. And when Holly enters the strip club, what else should play but “Erotica”? A later Britney Spears track reminds us of an infamous moment at the MTV Awards. As for A.K., he’s the clearest conduit of Madonna’s starving id, with his need for center stage and comfort with riding crops and domination. Even the pharmacist’s daughter shocks her conservative mother by flouncing home in Desperately Seeking Susan ’s beaded necklaces and denim miniskirt. But where I really saw Madonna’s vision poke through non-sartorially is that all the married women are miserable—an insight I could have gleamed through the tabloids