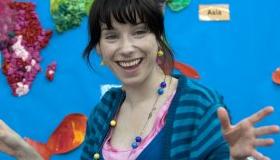 This bright and breezy comedy from English director Mike Leigh has feel-good factor in super-abundance, which may give it a long, slow burn at the box office on word of mouth. Likely to perform well on selected release in culturally aware neighborhoods with a penchant for Brit flicks.

The biggest surprise about Happy-Go-Lucky is that London-based Leigh has shaken off the shackles of his habitual, tough, improvised dramas like Naked or the award-wining Vera Drake and opted for out-and-out comedy.

The new mood suits him. His heroine Poppy (played by Sally Hawkins in a performance that earned her a Berlin Film Festival best actress accolade) is a 30-year-old Londoner with a bright outlook on life. She loves her job as a primary school teacher, adores her friends and relishes her freedom.

Leigh follows her over a few weeks one spring as she learns to drive and embarks on a new romance. It is impossible to determine if Poppy is simply a little crazy and irresponsible or whether she is, in fact, deeply sane and sensible. Either way, everybody falls in love with her, for better or for worse—although some in the audience may find her persistent bonhomie hard to take.

Leigh has described the way he works like this: “My films aspire to the condition of documentary. If you’re a newsreel cameraman and you go and shoot a real event, you know that a world exists whether you film it or not. What I want to do is create a world with that kind of solidity to it, something so three-dimensional and solid you could cut it with a knife.”

Another of Leigh’s hallmarks is his exemplary work with actors. Hawkins, who has worked with Leigh before on All or Nothing and Vera Drake, provides a pitch-perfect portrayal of the schoolteacher who keeps hopelessness at bay with an insistently positive outlook on adversity. Her catchphrase, “It makes me laugh!” echoes many of the writer/director’s previous protagonists.

Poppy’s boundless optimism is tested by a series of encounters. There’s the troubled little boy in her class and a fiery Spanish flamenco teacher who, to her pupil’s utter bemusement, calls on her to channel her frustrations into dancing. Her neurotic younger sister is starting a family, yet clearly feels uncomfortable with the impending domestic drudgery awaiting her, particularly when that drudgery is compared to Poppy’s gung-ho existence.

The film’s dramatic heart is provided in her relationship with her driving instructor (another nugget of a performance by Eddie Marsan), who has a fierce and unpredictable temper, seethes with racist resentment and harbors a strange obsession with Satanism.

Leigh remains unrepentant about his change of tack. He has said: “I want Happy-Go-Lucky to make people feel that life’s worth living in a world that it’s often easy to feel depressed about. And if that sounds corny, so be it.”