close
How to Lose makes for a frequently amusing adaptation

How To Lose Friends and Alienate People 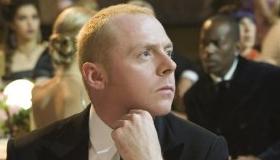 Think of The Devil Wears Prada, but with a sex change, and you have some approximation of this comedy, based on the autobiographical novel by Toby Young. With a foot on both sides of the pond, it boasts Simon Pegg as a hapless hero and Kirsten Dunst as his magazine colleague and romantic interest. Should score highly with the Prada crowd.

There’s always a plentiful supply of comic mileage to be had from plunging a fish out of water and discovering whether he sinks or swims. That’s the premise of Robert B. Weide’s How to Lose Friends & Alienate People. Sidney Young (Pegg) is a disillusioned intellectual who has a love/hate relationship with the world of celebrity, fame and glamour. He runs an alternative magazine in London, Post Modern Review, which makes fun of media-obsessed stars and also goes in the opposite direction of any trends or fads. When Young accepts a job at the conservative New York-based Sharps Magazine, his baptism proves angst-ridden.

It seems Sharps editor Clayton Harding (played with gusto by Jeff Bridges) is amused by Young's demeanor and, although they may not be soul mates, there exists some kind of mutual attraction. The accident-prone newcomer, who is derided as an outsider with no social skills, soon becomes confidante to starlet Sophie Maes (Megan Fox)—and also pursues an affair with colleague Alison Olsen (Dunst).
Although the main character may initially come across as something of a nerd, his unstoppable, self-deprecating humor and irrepressible spirit ensures he worms his way into our affections. Because it is freely inspired by Toby Young’s own sardonic memoir of his time on the glossy-magazine scene in the Big Apple, it is invested with the unmistakable stamp of authenticity.

With much of the financial backing coming from Britain, Weide—an Emmy Award winner for his work on Curb Your Enthusiasm —doubled many the London locations for New York, although you would never guess from the inexhaustible array of glittering interiors. Only certain exteriors that could not be duplicated were shot in New York itself.

Pegg and Dunst make agreeable romantic sparring partners. Bridges lends a gravitas to his role as editor who has a hint of a rebel beneath the suit, while Megan Fox (first spotted in Transformers ) bubbles effectively as the starlet on the make.