close
Despite its cast, Pride and Glory is an off-target cop thriller 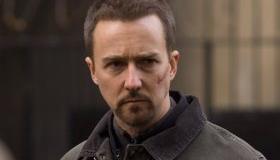 Ray Tierney (Norton) is a NYPD cop from a family of cops. But family loyalty towards his brother Francis Jr. (Emmerich) and his brother-in-law Jimmy Egan (Farrell), as well as his larger-than-life father, former police chief Francis Tierney (Voight), quickly dissolves while investigating the murder of several officers. The likelihood is that dirty cops are involved, meaning that Ray’s detective work will tear his family apart.

O’Connor—best known for the independent melodrama Tumbleweeds and Miracle, his rousing drama about the 1980 U.S. Olympic hockey team—tests his storytelling skills on flawed men and gritty surroundings, but fails to create anything new or surprising. Co-screenwriter Joe Carnahan, an expert on corrupt cop dramas thanks to his 2002 film Narc, never fully compensates for O’Connor’s lack of experience in the genre and their collaboration results in an ordinary tale despite the extraordinary efforts of their crew and cast.

Pride and Glory ’s greatest asset is Norton, perfectly cast, believably complex and troubled as an honest cop trying to balance family loyalty and justice. The movie jumps a notch in quality whenever he’s on screen. If there’s a downside to Norton, it’s that his co-stars, especially the always-frantic Farrell, pale in comparison.

While Norton is coming off the biggest hit of his career, the comic book actioner The Incredible Hulk, its young fans won’t likely seek out the R-rated Pride and Glory. Marketing campaigns that emphasize Norton’s acclaim as an actor will improve the film’s chances of besting its modest expectations. For O’Connor, perhaps Pride and Glory will be a one-time side project—an attempt at trying something new before returning to the type of uplifting stories he does so well.