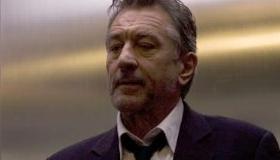 What Just Happened? is a comedy of manners masquerading as a Hollywood satire, and that hair-splitting distinction may be one of the reasons why the 2008 Sundance Film Festival was mostly unappreciative of what’s actually a pretty funny movie. To make a workable satire, you have to be aggressively against something—some aspect of human behavior needs to arouse the satirist, not just to mockery but also to criticism. What Just Happened? director Barry Levinson and screenwriter Art Linson are Tinseltown veterans who’ve been major players in the game for a very long time. Their movie shows that while both men paid acute attention to the institutional craziness of their profession on the way up, by and large they also like the view from the top.

In a sense, What Just Happened? is a genre exercise—an example of what might be called the “Hollywood midlife crisis movie,” where a name director suddenly feels compelled to rip the lid off the movie business and expose the hypocrisy and double-dealing that lies beneath. Billy Wilder’s Sunset Blvd. is probably the classic of the form, but there have been many variations, including Vincente Minelli’s The Bad and the Beautiful and Two Weeks in Another Town, Robert Altman’s The Player, Blake Edwards’ S.O.B. and Paul Mazursky’s The Pickle.

As a young comedian and aspiring screenwriter, Levinson even worked on somebody else’s midlife crisis movie: he wrote gags for Mel Brooks’ Silent Movie, which is mostly remembered for using title cards in place of dialogue but was actually a fairly sharp comment on Hollywood’s transition from the old mogul-driven studio system to the modern landscape of corporate takeovers and omnipotent MBAs.

Levinson’s focus is narrower than Brooks’ was, and his tone is more naturalistic and less accusatory. Levinson has proven over time that he believes in a subtler, more situational comedy than most of his peers, and his goal with What Just Happened? is not to pin garish “Kick Me” signs to the studio suits, but to show the audience how corrupted most films are by the multitude of voices allowed to have a say. From the first scene—a long sequence set in a preview screening before a randomly selected test audience—Levinson emphasizes how little anybody really cares about how a movie actually turns out or what it’s trying to say. The contemporary producer’s code of conduct is simple: Make the audience happy. Make money. And thereby live to make movies another day.

Working against the archetypes of the genre, What Just Happened? ‘s central character isn’t a screenwriter or a director but a producer—a busy man who is actually pretty good at his rather insane job, and yet another of Levinson’s hero protagonists who operates in a world of capitalist wheeling and dealing, surviving on a smile and a shoeshine like Arthur Miller’s Willy Loman, only this time that shoeshine is on a $1,000 pair of Gucci shoes. Commerce and creation is a topic Levinson returns to obsessively, even in films where he doesn’t seem to be dealing with it, i.e. Bugsy (a gangster picture about the entrepreneur who created Las Vegas) or Wag the Dog (a film about two hucksters who manufacture a war). In the last 20 years, nearly every film Levinson has made celebrates the entrepreneurial impulse, and centers on men who he ultimately admires for their energy, but mocks for never evaluating the moral, spiritual or even the commercial worth of the things they create.

In What Just Happened? the entrepreneur hero is Ben (Robert De Niro, re-incarnated in something like Dustin Hoffman’s role from Wag the Dog ), an aging producer who may be past his prime. For Ben, trouble comes in pairs; he has two failed marriages to attend to and two movies going south simultaneously. First, his big new Sean Penn action film Fiercely tests badly, and the ice-queen who runs the studio (Catherine Keener) decrees that the picture has ending trouble. The film’s inflexible director (hilariously played as a sort of British pub rocker by Michael Wincott) has not only killed off his lead character, he has also violated an unwritten Hollywood law by having the villains shoot the hero’s dog.

Ben also has a Bruce Willis movie due to commence principal photography in a matter of days. But the star and the studio see things differently: Willis (mercilessly and good-naturedly sending himself up as a willful superstar prima dona) arrives on the set with a full Kris Kringle beard, destroying the marketing department’s ability to show his face on the poster, and threatening the entire production with shutdown. But Willis vows not to shave, because facial hair is essential to his interpretation of the part.

Levinson and Linson use these two offbeat crises to take the viewer inside the gilded world of the contemporary movie business. It’s a place of corporate bullies, shifting loyalties and sublimated aggression, where the suicide of an agent rates a packed memorial, some sincere grief and a tradepaper headline reading “10 Percenter Puts Himself in Turnaround.”

What Just Happened? is wry rather than cutting, a feast of clever humor from a couple of insiders who see the foolishness that surrounds them but like it on the inside anyhow. The gentle, good-natured tone may have taken the rebels at Sundance by surprise, but then Levinson and Linson are probably about as far away from “alternative” filmmakers as movie types can be. What Just Happened? is less a Molotov cocktail than a very dry martini. It won’t change anybody’s mind about the movie business, but it’s tasty and refreshing just the same. While that may not make for the very best film Levinson has ever made, it’s a worthy and companionable effort that stands comfortably within an impressive and somewhat underrated body of work.