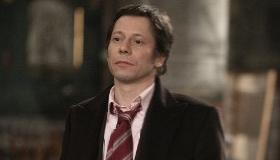 With its multitude of interlocking storylines and its embrace of weighty themes of death, life, love and family ties, Arnaud Desplechin’s A Christmas Tale has a distinct feel of the great Russian playwright Anton Chekhov. Sprawling yet totally absorbing family drama with gold star French diva Catherine Deneuve at its heart should find favor with sophisticated palates.

It takes time to set up the various relationships among the family members who gather for the festive period celebrations at a rambling house in the director’s home-town Roubaix in northern France. Among the clan are Catherine Deneuve as Junon, the matriarch and her husband played by Jean-Paul Roussillon. Their offspring are Elizabeth (Anne Consigny), a playwright suffering from chronic depression, the womanizing black sheep Henri (Mathieu Amalric) and Ivan (Melvil Poupaud) who has escaped the fold to create his own family.

The pall of gloom from the past cast over the gathering is the death some 40 years previously of a six-year-old sibling Joseph from a rare genetic condition. Joseph’s only hope was a bone marrow transplant. As the parents and Elizabeth were incompatible, his parents conceived a third child in the hope of saving their son, but little Henri too was unable to help his brother and Joseph died.

The story really begins with the reappearance of the disease that took Joseph. Junon learns that she has leukemia and that chemotherapy will not work. Her only hope is to ﬁnd a bone marrow donor amongst the members of her family. The potential donor turns out to be Henri, the son with whom she had the least empathy.

How the brood work their way through all the undercurrents, rivalries and emotional conundrums over this season of goodwill proves enduringly fascinating and involving.

Desplechin and his co-writer Bordieu are masters of the art of sheer story telling, while all the performances are more than a match for the martial. Deneuve, in particular, gives one of her career-best portrayals as Junon—the heart of the family who never for a moment retreats in to self-pity or self-absorption. She was rewarded with a special achievement award at the Cannes Film Festival earlier this year, not just for this role but the sum of her work.

It is leavened with much humor and a sense of irony, in particular from Emmanuelle Devos as Henri’s feisty girlfriend who can observe and comment on the action from the perspective of an outsider. Amalric and Consigny, as warring brother and sister, equally bring the ring of truth to their characters.

At the end audiences might expect to feel they have been through the emotional mangle but Desplechin manages to keep the tone light despite the intensity of the situations.