close
Gomorrah depicts the brutal domination of the Camorra, a criminal syndicate centered in Naples 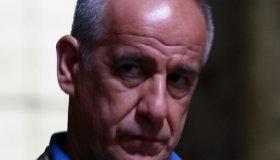 Besides trafficking in arms and drugs, this mob organization has investments in diverse businesses around the world. In the last thirty years, the Camorra has killed 4,000 people, more than any criminal or terrorist group. The film is adapted from the bestselling novel of the same name by Roberto Saviano, who grew up in an area ruled by the Camorra. Since the success of his book, which was based on the actual activities of the syndicate, Saviano has been living in hiding with round-the-clock-bodyguards. Gomorrah, which received the runner-up Grand Prix at Cannes, attempts a panoramic sweep of the Camorra's activities, but the familiarity of most of the plot lines could limit its popularity.

The film follows a variety of people connected to the varied enterprises of the Camorra. Toto (Salvatore Abruzzese), a 13-year-old boy, becomes increasingly exposed to gang violence. He, of course, is forced to grow up quickly. Don Ciro (Gianfelice Imparato) pays off families of prisoners associated with the syndicate. Two young friends, Marco (Marco Macor) and Ciro (Ciro Petrone), play at being Tony Montana, Al Pacino's character from Scarface. Their delusional bravado puts them in danger from the actual gangsters as they get in over their heads after finding a cache of weapons.

Pasquale (Salvatore Cantalupo) is a tailor in a Camorra enterprise connected with the fashion industry. He is bribed to give his trade secrets to workers at a Chinese factory. Called "Master," he is flattered by the clandestine offer, but collaborating with a competitor of the Camorra is a dangerous risk.

Franco (Toni Servillo) builds up the mob's ever-growing garbage and toxic waste dumping business. He offers a job to Roberto (Carmine Paternoster), a university graduate. The toxic waste is an appropriate metaphor for the Camorra as the crime syndicate spreads its tentacles of domination, infecting all aspects of life. The waste dumps are also a convenient place to dispose of dead bodies. Saviani said that this dumping poisoned farmlands and contributed to the exponential growth of tumors among the population.

Director Matteo Garrone, who was one of the collaborators on the screenplay along with Saviano, is more successful with his film's form than with its content. Gomorrah has a gritty, documentary-like realism, but the intersecting characters lack individualization. They seem like the usual types from urban crime dramas, where only the setting changes. Like Gomorrah and the superior City of God, most of these films are set in crowded slums. Brutal retribution is continual. Instead of having a tragic inevitability, most of Gomorrah follows predictable story arcs. An exception is Pasquale's tale, which has a distinctiveness lacking in the rest of the film. Genuine tension builds as the tailor furtively travels to the Chinese factory, his head sticking out of a small opening in the rear of the auto.