close
Money for something 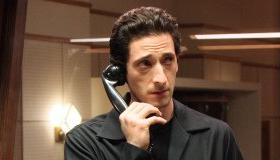 There's probably a great movie to be made about the nexus of art, commerce and race relations in the music business in the early days of rock ’n’ roll. Cadillac Records, which plays way too fast and loose with history and never really rises above the clichés of the music bio-pic (it's closer to Walk Hard than to Ray ) isn't it, alas, but Beyoncé Knowle's star power and some nice performances, musical and otherwise, should assure it a decent theatrical run and a successful afterlife in home video.

Cadillac Records is actually the story of Chess Records, the Chicago indie label that can justifiably be said to have been the most significant record company in the development of modern blues, R&B and rock; its artists included such revolutionary greats as Muddy Waters (Jeffrey Wright) and Chuck Berry (Mos Def) and its influence on contemporary music is frankly incalcuable (the title, obviously, refers to the cars that everybody in the story aspires to own). Writer/director Darnell Martin's script tells it via a voiceover provided by Cedric the Entertainer as Willie Dixon, the bassist/producer/songwriter who was the label's secret genius. It focuses, however, on the triumvirate of Leonard Chess (Adrien Brody, well cast), a basically honest (but you had to watch him) Jewish businessman with a love for black culture and (later) women, the aforementioned Waters, who gave the label its earliest hits and became its éminence grise and Etta James (Beyoncé), the troubled but brilliant soul singer who (as the movie tells it) was saved from heroin addiction by the saintly if adulterous Chess on the way to becoming the label's last big star.

The problem with the film, mostly, is that it's overstuffed with historical incidents that don't really cohere into a convincing story beyond the usual rise-fall-rebirth stuff. The period detail is similarly inconsistent; a scary barroom near shoot-out featuring Muddy and his brilliant but doomed harmonic player Little Walter (Columbus Short) plays well, while a Chuck Berry concert that looks like a Happy Days outtake (ah, Those Fabulous Fifties!) looks ridiculous. The actors are similarly uneven. Wright, as always, is a commanding presence as Muddy, but he and Short seem to be deliberately engaging in a high-stakes mumbling contest (perhaps the point is the heretofore unknown connection between Chicago Blues and the Actors Studio?) and though Mos Def has Chuck Berry's sly riverboat gambler persona down quite uncannily in the dramatic scenes, he looks utterly at sea with a guitar in his hands trying to do Chuck's trademark Duck Walk in the musical sequences. Beyoncé, however, seems to be acting in a different and much grittier film; the psychological motivations Miller ascribes to her Etta James (resentment over being abandoned by her biological father Minnesota Fats—yes, the pool player immortalized in The Hustler ) seem faintly ludicrous, but you feel for her big time anyway, and her in-studio version of James' signature "At Last" brings down the house—as nature intended. For that alone, you can probably forgive a lot of the film's little historical/musical gaffes and its somewhat simplistic take on the nexus of pop celebrity and the Civil Rights movement.