close
Punishing crowds across the country 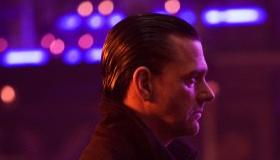 Incompetent and cartoonish are the best words to describe Punisher: War Zone, the continuation of the Marvel Comics series reintroduced to moviegoers in 2004. The first Punisher established ex-Marine Frank Castle as a blood-thirsty vigilante avenging the murder of his wife and child. This new installment tosses out the origin story altogether and sets up Castle as an indestructible killing machine hunting down bad guys with all the precision and reality of a video game. Moviegoers looking to see heads ripped open by shotgun blasts and loud rock music will flock to Punisher: War Zone, but even they will be letdown by the over-the-top acting and ludicrous plot.

It seems the smartest one in all of this mess is actor Thomas Jane, who decided not to reprise his role as the titular Punisher. I don’t pretend to know why Jane didn’t return for Punisher: War Zone, but whatever the reason he must be laughing in his Barka Lounger. The original Punisher film was far from high art but it was (at least) an enjoyable origin story that setup a bitter and confused antihero. Punisher: War Zone, on the other hand, is neither enjoyable nor character defining. Replacing Jane with Ray Stevenson (from HBO’s Rome ), War Zone slashes the original film’s budget and cranks up the body count for no other reason than to show graphic R-rated kills. Among those bloody messes are sliced throats, decapitations, impalements on fences and an actual dissemination via rocket launcher. Trust me, these are not good things.

Screenwriters Nick Santora, Art Marcum and Matt Holloway are the most responsible for this mess of a film. From the opening scene of the Punisher’s bloody takedown of an Italian crime family we get lazy character quips and enough racist mob stereotypes to satisfy only bottom drawer entertainment. Frank Castle has now become a nocturnal crime fighter focusing his sights on disfigured crime villain Jigsaw (Dominic West), an over the top madman who owes his carved up face to the Punisher and is looking to get even. But how can an evil villain extract revenge without a couple of evil henchmen, right? Enter blood brother “Loony Bin Jim” (Doug Hutchinson), a psychopath whose ridiculous exploits are matched (in their absurdity) by his nickname. Together the evil brothers literally go around recruiting local gangs in their fight against the Punisher, leading to a shootout that is literally written off by the cops as “some dynamite going off all night.”

Director Lexi Alexander showed promise with her gripping first feature Green Street Hooligans drawing drama and tension from strong character moments. In Punisher: War Zone, any sense of reality is thrown out the window immediately resulting in a goofy and amateurishly written mess. Having to sit through Punisher: War Zone is enough punishment for any filmgoer.