close
Tossing quality out with the bridal bouquet. 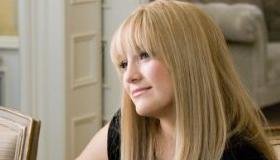 Thanks to movies like Devil Wears Prada, Sex And The City and Mamma Mia, Hollywood has suddenly discovered the potent ticket buying power of women at the box office, so it was inevitable that a spate of femme-oriented comedies would be coming our way. This explains the reason Bride Wars was made. Nothing else possibly can. This moronic story of two best friends who try to sabotage each other when their dream weddings at the Plaza Hotel are accidentally, and irrevocably, booked on the same day, should get initial box office mileage from the draw of its attractive leading ladies (Kate Hudson and Anne Hathaway) but critics will pounce and word of mouth should be lethal. Expect a great opening and a quick fade until the next chick flick makes this mirthless concoction a distant memory.

Hudson (who is also listed as one of the producers) plays Liv, a successful woman with a great career who has been lifelong best friends with Emma (Hathaway), now a teacher. Both have always dreamed of their perfect wedding and when circumstances arise they both get engaged at the same time and jointly visit a high powered wedding planner (Candice Bergen) who gives them two hard-to-get June dates at the Plaza Hotel. Only problem is her assistant screws it up and books their weddings on the same day. When they try to fix it they are told it’s a done deal and nothing else is available for three years. Yeah, uh right. After trying to rearrange things, both get stubborn and refuse to move their date. Let the shenanigans begin as Liv and Emma go at each other in a race to pull off their own “dream” nuptials while undermining the other’s. Pranks at beauty parlors, tanning salons and other places ensue as the twosome get down and dirty, determined to win in the battle of the not-so-blushing brides.

Where are the men in all this? Their respective fiancées Chris Pratt and Steve Howey are basically wallpaper, eyewitnesses to all the game playing between their girls as the newly minted rivalry between Liv and Emma manages to take a toll on their would-be marriages as well. Of course, this being a formula chick flick, the two eventually try to come together, but not until the really BIG brawl takes place on the wedding day. Oy.

Hudson has done a few too many of these cookie cutter romantic comedies and comes off as shrill and manipulative for much of the film, while Hathaway, who has been on a career roll this year with her acclaimed part in Rachel Getting Married, should have read the script before signing on. Despite a couple of mildly amusing supporting turns from Kristen Johnston as a desperation-pick maid of honor and Michael Arden as Liv’s devious assistant most of the cast wallows in stereotype.

Gary Winick directs way too broadly for this thing to ever have a chance and any semblance of reality or believability is just tossed out with bridal bouquet.