close
Diving into this story isn't an entirely enjoyable experience 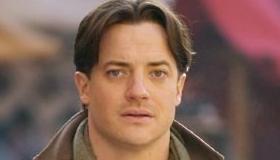 Originally slated for a March 2008 release when then-distributor New Line was still independent and basking in the glow of its Lord of the Rings success, Inkheart now arrives unceremoniously in the wake of the studio’s subsequent Golden Compass failure and absorption into Warner Bros. proper. While some may wonder at “what might have been” had the film been released as originally planned, it may be that Warner—for all their faults—has stemmed the bleeding from another near-fiasco. Despite its best intentions, Inkheart is simply too heavy-handed to charm children and too haphazardly constructed to appeal to adults; a polished but ultimately inconsequential fantasy destined for a quick theatrical exit after habitual opening and second weekend curiosity seekers have their fill.

Adapted by Pulitzer Prize-winning playwright David Lindsay-Abaire from the popular Cornelia Funke book, Inkheart details the travails of an antique book restorer named Mortimer “Mo” Folchart (Brendan Fraser), an otherwise ordinary guy with extraordinary powers. A so-called “Silvertongue,” Mo possesses the rare talent of being able to summon fictitious figures to life simply by reading them off the page. Unfortunately, he lacks the ability to control precisely how this happens, making it impossible to gauge the consequences, for good or ill. All of this is unknown to Mo’s 12-year-old daughter Meggie (Eliza Hope Bennett) who, for obvious reasons, hasn’t heard a bedtime story since she was littleroughly around the same time that her mother (Sienna Guillory) mysteriously disappeared.

For years, Mo and Meggie have lived an itinerant but relatively uneventful life, scouring the back alleys of the world’s antique bookshops where Mo has secretly hoped to find a copy of a hard-to-find fantasy novel entitled Inkheart. Finally locating the book, however, brings the secrets of the past terrifyingly to the fore as he, Meggie and Meggie’s eccentric great-aunt Elinor (Helen Mirren) are taken captive by the book’s villainous Capricorn (Andy Serkis), a figure “read out” by Mo all those many years earlierroughly around the same time Meggie’s mother mysteriously disappeared.

There’s nothing particularly novel—so to speak—in the idea that books may be portals to other worlds; from Gumby to The Neverending Story, children’s literature and entertainment have reveled in the concept for years. But Inkheart complicates matters by introducing hard-and-fast rules for how and why characters transition between worlds, rules which become less hard as the film plots itself into a corner. It’s a common problem any time the power to do anything is made crucial to a film’s plot, though it’s particularly problematic here where literally everything hinges on the idea that the better the readerthe more effective their ability to “read out” what appears on the page. Given that Mo is supposed to be a pretty great reader, audiences will naturally question why his actions don’t immediately comport with his stated aims. The film’s finale—in which it’s suggested that Silvertongues can simply write a new reality if the book doesn’t agree with them—is particularly problematic in that it unravels everything that came before. Even if it were possible, in the Internet age, for a book to be so rare as to be digitally unavailable, there would be no reason for Mo to need it if he could simply rewrite the story on his own.

Such conundrums—with which the film is replete—won’t necessarily bother children, but neither will children be charmed by director Iain Softley’s deadly serious staging. A seasoned British filmmaker with such A-list credits as Backbeat and The Wings of the Dove, Softley doesn’t lack technical skill, but neither does he appear to have the instincts necessary to invest the tale with the sense of magic and wonder it so desperately needs. Supporting performances are mostly solid—particularly the charming young Bennett and a very impressive Paul Bettany as the angst-ridden Dustfinger, a pivotal Inkheart character beleaguered with questions over his own ability and destiny—but all seem to be fighting an unmanageable tide as the film’s plot repeatedly finds itself tangled in lapses of logic.

Like The Golden Compass, Inkheart first caught the eye of New Line brass for its franchise possibilities—both represented literary trilogies which the studio saw as exploitable in the same fashion as The Lord of the Rings and Harry Potter. But the failure of The Golden Compass and Lemony Snicket’s A Series of Unfortunate Events, along with the dramatic drop-off between the first two Chronicles of Narnia films (and Disney’s subsequent termination of its distribution agreement for future Narnia films) the possibility is seriously raised that Hollywood’s fantasy fetish may be at an end.

Ironically, the writing (so to speak) for Inkheart was already on the wall (or the page). That a story detailing the negative consequences of taking a book’s characters off the page and into the real world should, itself, encounter problems in doing just that seems strangely just, for the real problem with Inkheart isn’t that it’s badly made but that it simply shouldn’t have been made at all.