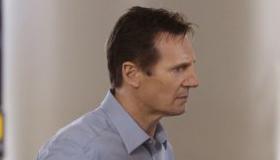 Human traffickers and political correctness both take a sadistic beating in the latest Luc Besson/Robert Mark Kamen-scripted actioner, arguably the best effort yet from the duo. A classic vigilante revenge thriller in the grand tradition of Man on Fire, Dirty Harry and Mad Max, the briskly-paced Pierre Morel-directed film won’t win any accolades for its brash illiberalism, and that’ll be just fine with fans of the genre who for nearly a generation have been driven more and more to the substandard offerings of the direct-to-video world to quench their thirst for this kind of cathartic release. Distributor 20th Century Fox can expect healthy droves of such fans to emerge from the shadows, delivering solid Oscar-season counterprogramming figures.

Hoping to wind down a long career as a lethal covert operative for the U.S. government and make amends for his many years of absence and neglect, Bryan (Liam Neeson) has retired and relocated to be closer to his 17-year-old daughter Kim (Maggie Grace) who, since her parent’s divorce, has been raised by her mother Lenore (Famke Janssen) and wealthy stepfather Stuart (Xander Berkeley). A long-planned trip to Paris with a friend, however, requires the consent of Kim’s biological father—a trip to which Bryan reluctantly consents for fear of again alienating his daughter. Upon their arrival, however, kidnappers target Kim and her friend and seize the girls in dramatic fashion while Kim is on the phone to her father.

Bryan’s oath of death, in which he tells the kidnappers precisely who he is and what he will do to them when he finds them, is the film’s fuse point, which Fox has smartly tagged as the picture’s key marketing hook in trailers and commercials. It’s at this moment that Bryan shifts into action, flying to Paris and methodically applying every weapon in his arsenal, every trick in his handbook, every tool at his disposal to find his daughter and wreak unspeakable carnage on those who would do her ill.

While there no questioning that the scenario here borrows heavily from Man on Fire, Taken is very much its own film, bolstered by director Morel’s ( District B13 ) explosive, adrenaline-driven approach to staging action and a cleverly-constructed script that exponentially amps the urgency of Bryan’s mission with each successive plot twist and change of venue. It’s an intense, furious 91-minute ride, almost without let-up, smartly mixing obligatory genre elements with a smattering of refreshingly unpredictable and unexpected turns.

The emotional investment commanded by these pictures necessarily relies on an uncomfortable but truthful axis between righteousness, redemption and revenge—the notion that the capacity for merciless cruelty and violence resides in every human being and is waiting to be unleashed at any time in the service of a cause sufficiently just. Defusing the discomfort most people have with this notion is typically a function of casting, and Neeson more than delivers. One of the few major actors with both the bearing and the skill to communicate sensitivity and gravitas, Neeson engages the audience’s emotions almost from the start, constructing a character for whom it’s impossible not to cheer, whether he’s buying his daughter a birthday gift or pumping bullets into someone’s skull.

Supporting performances consist mostly of getting killed, wounded or tortured.

Films like Taken have, of course, become something of a staple for Besson’s Europacorp, particularly those which he has authored with Kamen. Since their first collaboration on The Fifth Element, the two have given audiences Jet Li’s Kiss of the Dragon and three Transporter films, as well as the superb Besson-scripted Jet Li effort Unleashed (aka Danny the Dog ), on which Kamen served as a consultant. All feature some fusion of elements from Besson’s La Femme Nikita and Kamen’s The Karate Kid scripts, specifically involving the application of righteous violence in the face of overwhelming odds. It’s a time-tested formula that Besson and Kamen appear to have perfected, at least in this instance, to an elevated degree.

For Morel—previously a cinematographer on The Transporter and Unleashed, among others—the film will almost certainly mark a chance to springboard from Europacorp to Hollywood A-list status—a loss for Besson but a clear gain for a Hollywood desperately in need of new blood to oversee its increasingly stagnant action offerings.