close
A strong entry into the world of Vietnamese cinema

The Owl and the Sparrow 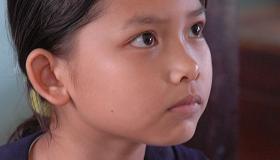 The emergence of Vietnam from its cultural and economic isolation has been something of a gradual process over the past twenty years, particularly where Vietnamese cinema is concerned. Though the nation is attempting to nurture a budding film industry the most noteworthy Vietnamese-language films continue to come from expatriates and the Vietnamese Diaspora in both France and the United States, most notably Tranh Anh Hung ( The Scent of Green Papaya ) and Tony Bui ( Three Seasons ). Vietnam-born, American-raised Stephane Gauger—who is, himself, half-Vietnamese—represents both a continuation and a break with that trend; a cross-cultural artist with a much firmer grasp on the earthier elements of Vietnamese life. Bypassing the pastoral lens through which Bui and Tranh first drew the world’s attention to the Southeast Asian nation’s cultural resurgence, Gauger’s The Owl and the Sparrow is simple but deeply felt and elegantly executed, a showcase as much for the real Vietnam as for the talents of a remarkable trio of actors. Upstart distributor Wave Releasing—formed by the film’s producers, including Tony Bui’s brother Timothy, for the purpose of distributing Vietnamese-American films to Vietnamese-American audiences—would appear too ill-equipped and under-funded to garner much of a crossover audience (even though the film itself is rightfully deserving of such), limiting theatrical performance to whatever support may be squeezed from the traditionally unpredictable Southeast Asian expat communities.

Underlining a host of topical concerns without necessarily dwelling on them, The Owl and the Sparrow tells the story of a ten-year-old orphan and child laborer named Thuy (Han Thi Pham) who flees her uncle’s rural bamboo factory to find a better life in Saigon. Over the course of a single workweek, she garners work selling roses on the streets and connects with two lonely souls—a lovelorn flight attendant named Lan (Cat Ly) and a near-homeless zookeeper named Hai (Le The Yu) —with whom she strives to form an unlikely surrogate family.

Though it represents a stylistic break with the films of Bui and Tranh, Gauger’s visual approach is hardly novel—stripped-down, documentary-like storytelling of the Italian Neorealist school has long had a following among many Asian filmmakers, particularly Cambodia’s Rithy Panh, and the choice to employ it here elevates what could easily have become, at worst, a maudlin melodrama or, at best, a cloying Southeast Asian variation on Miracle on 34th Street. Smartly balancing earnest sentiment with an unvarnished look at contemporary Vietnamese life, Gauger deftly bridges cultural, emotional and artistic barriers while remaining true to a uniquely Asian aesthetic.

Given the aforementioned releasing strategy, it’s unlikely that even passionate Asian film buffs will get much of a chance to see the film during its theatrical run, an unfortunate but understandable reality given the contraction in foreign language film distribution over just the last ten years. However soon—or even if—that trend reverses itself, Gauger and his beautifully-crafted film deserve their moment in the sun sooner rather than later; gems like this are too few and infrequent to fight their uphill battles all alone.