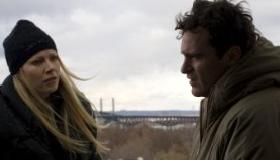 There’s a shaggy, relaxed and somewhat screwy romantic quality to director James Gray’s tragic-comic Two Lovers that’s new to his work. Gray is a distinguished American filmmaker who has, till now, seemed constitutionally incapable of making movies that don’t go for Tragedy with a capital “T.” He’s good at it, and it isn’t his fault that Hollywood rarely rewards that kind of vision unless it’s being appliquéd like a corn plaster to the latest screen adaptation of some self-serious graphic novel. But it’s been a tough slog in a lot of ways; Two Lovers is only Gray’s fourth movie in 14 years, and according to Variety, its funding all came from Korea and France. In that context, the film seems like both a real and uncompromised “one from the heart” and also an honest attempt by its director to change his luck, which it deserves to do.

Partly this is because of Joaquin Phoenix’s terrific central performance as Leonard Kraditor, a bi-polar depressive who falls in love with Gwyneth Paltrow’s leggy and unstable Michelle with such abrupt finality you can almost hear Cupid’s arrow whistle through the air between them and “thunk” as it enters his heart. But mostly it’s because of Gray’s loving attention to the worshipful rituals of infatuation—the way Leonard breathes more deeply in Michelle’s company, or how much better, funnier and quicker he is whenever she’s around. When the couple first meets, there’s a lovely moment where Leonard feigns nonchalance, says his goodbye, and then rushes to the peephole as soon as his apartment door slams, just so he can drink her in one more time. When Leonard nurses Michelle through an illness later, he waits till she’s asleep then bends down as if to kiss her and tenderly smells her hair.

There’s nothing sappy about this film though, because Leonard’s love is unrequited—he’s the reluctant “best friend” heedless young temptresses so often make of their most ardent and worshipful admirers. Gray is truthful enough to depict Leonard’s ardor without having his movie partake in it too—the director knows Leonard and Michelle would be a disastrous match, even if the character doesn’t—and there’s a much more appropriate woman (the radiant but just a bit less lustrous Vinessa Shaw) waiting almost too patiently in the wings. Two Lovers is a unique sort of romantic comedy because it separates emotion from outcome, honoring and even celebrating the sweep of Leonard’s feelings without using them like a magic wand to gloss over the couple’s many shortcomings by transforming everything into the genre’s usual orgy of audience wish-fulfillment and unearned affirmation.

A Big Apple regionalist, Gray has set all his films among roughly the same Queens, New York locations and has trended (till now) toward crime dramas, causing some fairly lazy and incessant Scorsese comparisons that must be very tiresome for him. Conflict of interest alert: I knew Gray very slightly in college and found him pretty likable owing to shared passions for things like the distinctive sound of the wind in Fellini movies (we were in film school, and you had to be there). That plaintive Mediterranean breeze whistles across the New York rooftops of Two Lovers too, troubling the gray winter sands on the beach where Leonard, like a modern Zampano, is deposited to face his own lonely moment of irreversible truth. I think I’m being objective when I say Two Lovers is not only Gray’s most accessible film but easily his best shot at finding himself a discerning American audience, if such a beast exists anymore. Phoenix, who has starred in three of Gray’s four movies, says he’s tired of the business and that Two Lovers is his swan song—a real loss. Here’s hoping his favorite director doesn’t similarly lose heart. Surely there ought to be at least a little bit of room amidst all the cowl-wearing superheroes and transmogrifying CGI robots that have come to typify the American screen for something as small and personal and old-fashioned as a cinema built around its human beings.