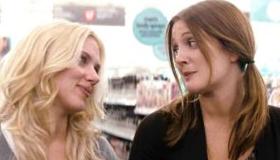 Baltimore twenty and thirtysomethings struggle with the tragicomedy of modern romance in this wholeheartedly lovable romcom based on the book by ex- Sex and the City writers Greg Behrendt and Liz Tuccillo. An ensemble cast of pretty professionals suffer the turmoil of dating in a storyline that comfortably incorporates the glamorous emotional dramas with the confusing doldrums, miscommunications and power games germane to singledom, ultimately conveying through that (to borrow/bastardize a great phrase) the medium is the message. Dating, like many brands of human interaction, is ironic; composed of unequal portions vulnerability, cold-hard-calculation, cynicism, hope and personal betrayal—where better can we communicate our tendencies to say one thing and do/think/feel another than on film? While the film professes certain (now expected) truths like “there is no rule book” it also makes perfectly clear why no rulebook can be written (even if, the film is itself a kind of “rulebook,” with men enjoying the rule [ritual dating] and women obsessing over the exception [relationships]). Screenwriters Abby Kohn and Marc Silverstein rightly sugar this “rulebook” with a steady stream of laugh-at-yourself humor that’s surprisingly never saccharine. Proficiently made, this long awaited, made-for-a-date movie will attract plenty of first and second dates and a long, healthy life in ancillary markets. Seriously, reserve your DVD copy now. This is the kind of movie you watch after a breakup, before a relationship and when you’re waiting (interminably) for The Call.

Ben (Bradley Cooper) is married to Janine (Jennifer Connely), in part because “a guy’s a dick if he dates a girl for too long and doesn’t marry her.” The couple is renovating a house in an upcoming neighborhood and the rebuilding of this house immediately parallels the destruction of their marriage (see, irony!). While Janine fusses over the home as if it’s the foundation of their life together, Ben nurtures an attraction to a singer and yoga instructor named Anna (Scarlett Johansson). Meanwhile, their friends Beth (Jennifer Anniston) and Neil (Ben Affleck) share the film’s most stable, committed relationship: but Neil, as much as Beth pleads, won’t concede to marriage. Gigi (Ginnifer Goodwin) takes from Carrie Bradshaw’s playbook. The unofficial anthropologist in the story, her narration opens and closes the film, beginning with the sage observation that, from an early age, women are programmed to believe that when guys act like jerks it’s “a sign” they like you. Gigi’s single, emotionally available and buoyantly hopeful about the procession of disinterested men she dates—even if the dates are just so-so. She’s cute, expressive, beguiling and she’d be this film’s manic pixie dreamgirl if she weren’t the closest thing it has to a protagonist. When she tries to bump into a date who didn’t call her back she instead finds his friend Alex (Justin Long insuring many happy returns as a romantic lead). Inspired by Gigi's humiliation her humiliation, Alex explains some of the basic signs, beginning with such on-the-nose exposition as “if a guy treats you like he doesn’t give a s--- it’s because he doesn’t give a s---.” Magically, as plain as that reads, we register every ounce of Gigi’s confusion—nay, her awe. (I know! Bracing but simple, right? And so easy to disprove) Here begins her (and, by proxy, our) counter programming.

The film does an incredible job of making the tragic stabs at relationships seem so logical. If a dating rulebook is impossible (except in an ironic incarnation) it’s partly because the structures we’ve built for safety and (dare I say it) social order are being misused. We misconstrue marriage for commitment and politeness for affection, and this is only a natural response to a variety of interaction that’s so highly susceptible to error. Every character in He’s Just Not That Into You, smart as each is, can’t seem to express themselves with any proficiency, and repeatedly do things that betray their admissions—and this is to say nothing about how easily their fumbled interactions result in misreading. But at the end of the day everyone buys into and perpetuates the same systems that cause them so much trouble—it’s inferred we do this out of a need for hope. (Who am I to argue? I voted Obama.) It appears, if at first, like a big contradiction, but that contradiction ends up acting as a great (gender) leveler. The human dys/function that builds the systems is misguided here but needful nonetheless, and that’s what makes this comedy of errors so cathartic...that and the modern context.

Director Ken Kwapis made Baltimore set romcom He Said, She Said in 1991, where an attempt was (successfully, I thought) made to mine the subject of sexual politics in a post-feminist, pro-cohabitation, men-and-women-in-the-workplace context. In contrast, He’s Just Not That Into You, like Sex and the City, feels vaguely reactionary. Women are (if with good reason) painted as “demented, clingy, psycho, neurotic” characters that wear their emotions so openly men have little choice but to turn tail and run. At the same time, all the clichés (like “if he hurts you it means he likes you”) are proven true, but for different reasons than the presumed rulebook might identify. And our tendency to exhibit emotions are diluted and curtailed by the same modern technologies invented to make communications easier. Drew Barrymore’s gorgeous diatribe about the exhaustion of being rejected in seven different technologies hits many nails on their heads—and addresses the matter of medium (she says she can’t be charming in text—it is an art, after all).

And for all the intellect, the Marshall McLuhan references, the letter of “law” implied by this (or any) “rulebook,” the ultimate experience of a quality romcom has to be built on a solid formal foundation. Not unlike good date etiquette, once those structures are in place, your ability to be swayed by the film’s charms follows easily. I’m not saying it’s perfect. I felt that the references made to other romcoms (the When Harry Met Sally -like video interviews, the direct address interludes a la early Sex and the City, the Sleepless in Seattle -styled infiltration of previous romcom archetypes) all felt a tad derivative, but were still fairly enchanting. Like a really good date, you’ll be crossing fingers this one won’t end until the morning.