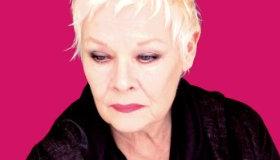 An exposé of the shallow world of fashion and the all-pervading influence of the Internet preoccupy British director Sally Potter, but her attempt to weave a film around such notions will test the patience of all but the most patient and undemanding of viewers. Even the starry cast cannot save the day. This may be unkind, but its ticket selling potential may be limited to the nearest and dearest of the director, cast and crew.
For the first 15 minutes of Sally Potter’s new foray into the fashion world it looks as if talking heads, all 14 of them, were just part of an elongated pre-credits sequence. Once they had delivered their pieces then the real film would start.

Ninety-nine minutes later we were still waiting. Talking heads, albeit attractively photographed ones who include Jude Law (famously in drag as brunette supermodel) and a fashion designer played by Simon Abkarian, is basically all you get.

Each addresses an unseen interrogator—a schoolboy called Michelangelo who has his own website. At the beginning they are just talking about their jobs and thoughts. Then there is a murder on the New York fashion catwalk and the talking heads are required, by their reactions, to fill us in on what happened.
Claustrophobic, repetitive and mostly ludicrous, Potter’s would-be satire on the power of the Internet, the fashionistas and the compulsively confessional world of celebrity, might have filled a sketch but does not a feature film make.

Michelangelo, the young blogger, shoots behind-the-scenes interviews on his cell-phone while Merlin, a designer of Middle-Eastern origin, prepares to show his latest collection.

The interviews with a group of people including Minx (a celebrity supermodel played by Jude Law), Tiny Diamonds (the financial backer played by Eddie Izzard), Anita de Los Angeles (a seamstress played by Adriana Barraza), Vijay (who delivers pizzas played by Riz Ahmed), Frank (a war photographer played by Steve Buscemi) and Mona Carvell (a critic played by Judi Dench), build up to an exposé of an industry in crisis “as the effects of globalization and a faltering economy polarize working conditions and produce an ever-increasing gap between appearance and reality.”

At least that is the theory but the sentiments mouthed from the screen become increasingly banal and long-winded and not even the novelty of Law as a dame can arouse any interest. The screening attended at the Berlin Film Festival saw a steady trickle of escapees. Potter who made The Tango Lesson and Orlando, really should have known better.