close
The economy of The International suffers from predictability 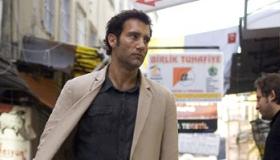 In the current financial climate, Tom Twyer’s banking thriller should have struck all kinds of chords of recognition, but sadly it fails to hit its targets and, with a lackluster script, falls into the groove of a conventional action story—albeit with some contemporary resonances. A hard-working cast give it their all, especially Clive Owen’s Interpol agent.

We can all sympathize, and now all too readily, with the aim of Interpol agent Louis Salinger (Clive Owen) and New York district attorney Eleanor Whitman (Naomi Watts) in their determined efforts to bring to justice one of the most powerful banks in the world—a bank that would seem to be involved in financing terrorist attacks all over the world.

Their investigations in this new conspiracy thriller by German director Tom Twyker, who has never quite lived up subsequently to the promise of his dazzling debut sortie with Run Lola Run in 1998, reveal a whole slew of illegal activities.

The paper trail of illegal funding flows from Berlin (where the film appropriately had its world premiere as part of the Berlin International Film Festival) to Milan and New York and Istanbul.

The intrepid duo find themselves under siege from all quarters as their quarries show that they will stop at nothing, including murder, to continue the high risk (but also highly profitable) wheeling and dealing with terrorists and their ilk.

With his first Hollywood studio film Tykwer had the opportunity to dive into conspiratorial waters in the style of a classic such as Alan J Pakula’s The Parallax View but Singer’s script does him a disservice as it descends into clichés and obvious tricks. Owen, with his world-weary and disheveled demeanor, does inhabit his role with conviction, ably abetted by Naomi Watts. Sadly, though, there is no frisson of romance between these two that might have made some sparks fly in the professional relationship. That veteran stalwart Armin Mueller-Stahl (as an East German communist zealot) makes an accomplished contribution that also helps to disguise some of the film’s shortcomings.

Twyker, too, manages to paper over the cracks with his customary visual style and flair, especially the violent confrontation in the soaring stairways of New York’s Guggenheim Museum (which was rebuilt in the hall of an old German Democratic Republic steam engine plant close to the Berlin film studios Potsdam-Babelsberg). All that is impressive, as well as the other stunning architectural backdrops, among them Zaha Hadid’s BMW factory in Wolfsburg and Daniel Libeskind’s Jewish Museum.

The current financial woes of the world undoubtedly will fire cinematic imaginations but for the moment we will have to wait. Twyker and Co. tinker and tantalize but don’t really deliver the goods other than in the most superficial manner. For some viewers, though, that may be enough.