close
James Toback’s supportive take on a disgraced champ who k.o.’ed himself. 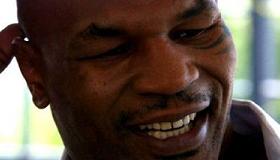 There was probably a moment—say, right after he became the youngest heavyweight champion in boxing history—when Mike Tyson was considered a hero in the generic and simplistic American use of the term. So what if the sport he excelled at is the single most brutal athletic activity a US citizen can engage in without being jailed. So what if—even in his prime, before he began attacking opponents with his teeth—Tyson’s style was manic and eruptive, a barely controlled animal violence slipping the leash before the bloodthirsty spectator’s gorging eyes. He was good at what he did. He made unimaginable amounts of money. He was a success. In America, all those things sanctify, and they tend to be enough.

Then Tyson went off the rails as spectacularly as any athlete in sports history, and spent three years in the wilderness before reclaiming and then freshly desecrating his crown. And while it’s all well and good to cite the parallels between Tyson and his sometime hero, the far more disciplined comeback champion Muhammed Ali, it’s the distinctions in their stories that really tell the tale. Ali was kept from fighting for three years because he was a conscientious objector to the Vietnam War. Tyson was sitting in an Indiana jail, serving time for a rape conviction.

Tyson could hardly hope for a more sympathetic portrait than the one presented in the documentary Tyson by James Toback, his director in the excellent if forgotten 1999 narrative Black and White. Toback sees the former champ as a fractured soul, and he uses split screen images of Tyson’s face and overlapping Tyson voiceovers to convey the idea of a man in argument with himself. The sports footage speaks for itself. Fresh from a brutal youth as a mugger and aspiring thug on the streets of Bedford-Stuyvesant, New York, the young Tyson is every bit as formidable as remembered. The cynical and flaccid pay-for-play Mike of the sad later bouts is likewise as lazy and dispirited—a clock-puncher, spitting bleeding pieces of Evander Holyfield’s ear from between gnashing teeth.

Significantly, Tyson is Toback’s only interviewee, and while he’s a fascinating and often self-lacerating raconteur, he also seems like an unreliable narrator for his own story. Archival footage provides a brief voice to Tyson’s early mentor Cus D’Amato plus riveting excerpts of Tyson’s then-wife Robin Givens denouncing her husband to Barbara Walters as Tyson sits stunned on the couch beside her. But nobody but Iron Mike gets to tell this story, and so Tyson alternates between mea culpas of surprising candor and queasy special pleading.

The Mike Tyson of 2008 is a remorseful man. He is incapable of talking about his father-son relationship with D’Amato (whose death precipitated many of his later problems) without choking up. When he starts to blame the “parasites” who helped him spend his way through an estimated $300 million before his bankruptcy declaration in 2003, the recovering addict’s learned recitative of personal accountability kicks in, and he is suddenly, and even pathetically, at pains to take responsibility for his own predicament. But then Tyson begins bitterly denouncing Desiree Washington, the beauty pageant entrant he was convicted of raping, and the absence of a countervailing voice, or even a simple objective description of the detailed facts in the case, becomes a glaring omission—another kind of violation of Ms. Washington’s rights.

As his various screenplays and works as a film director show, Toback is too sophisticated a student of human behavior to see Tyson as a simple story of triumph, self-destruction and redemption. But it may be Toback is a little too enamored of his protagonist’s metaphoric possibilities as a pop culture tragedian to fully appreciate how there are more victims than one in a story like Mike Tyson’s. Toback’s rare close-up view of some of the inherent contradictions in American hero worship makes Tyson a worthwhile coda to the mirage of athletic greatness Tyson’s career represents. But as a full appreciation of the human ramifications in Tyson’s story, this documentary lets the ex-champ throw a few too many low blows for his or anybody else’s good.