close
This franchise may be losing its get-up-and-go 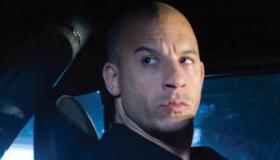 The Dim & The Dangerous franchise rolls along with an adequate fourth installment that reunites Vin Diesel and Paul Walker on the streets of LA and in the arid badlands dividing the U.S. and Mexico. Fast & Furious knows its limits and doesn’t try to do be anything it’s not. But would it hurt the bottom line to pay for a less simplistic screenplay or better script mechanics to smooth out the dialogue? Methinks it could only help. In any case, spring has arrived and it’s time to start revving the multiplex engines. Vroom. Vroom.

When Dom Toretto (Diesel) and Brian O’Conner (Walker) were last together at the end of The Fast and the Furious in ‘01, Brian let scofflaw Dom get away. Then Diesel peeled out leaving Walker behind the wheel for the Miami-set sequel 2 Fast 2 Furious. Figuring (correctly) the rush couldn’t last, Walker moved on when the franchise took to burning rubber in The Land of the Rising Sun, but Diesel returned for an uncredited appearance. Neither of their careers having taken off, Chrome Dome and Blue-eyes choose to share the asphalt for Tokyo Drift director Justin Lin.

Regarding the all-important RPMs, something inside Fast & Furious is spinning rapidly. It’s just not clear what. Looking under Dom or Brian’s hood is pointless; and because the chase sequences are so digitized and virtual (thanks to the integration of GPS into the mise-en-scene ), you can’t say for sure it’s the wheels of their “10-second” hotrods either. The answer must lie in the effects pit, where the hard drives of the design team were evidently rotating overtime to create the illusion of speed. As exciting as they are, the action sequences still never pick up enough dramatic momentum to make us care.

The thrilling opening has Dom and crew ostensibly “lying low” in the Dominican Republic—if hijacking a gas tanker qualifies as being under the radar. (Credit goes to the trucker they target for fighting back and then saving his own skin and that of his pet iguana.) It’s rumored the cops are closing in so Dom bolts, leaving squeeze Letty (Michelle Rodriguez) with a wad of cash wrapped in a rosary. Her murder, nicely recreated in Dom’s vengeful mind, brings him back to LA where Brian is helping the FBI bust a major drug trafficking ring—the very same outfit responsible for Letty’s death. Both men decide to infiltrate the gang by auditioning as drivers for a drug-running, INS-eluding caravan. Following a nighttime race through tunnels straddling the border, the two estranged racers join forces.

While the choicest parts come early on, there’s enough left over to help ensure the movie will make a ton of dough. The demise of snarling, second banana baddie Fenix (Laz Alonso) is a satisfactory pay-off and was one of the few times that the audience at my screening—core fans, judging by appearances—got excited. The second biggest reaction came when Brian started to make out with Dom’s sis, Mia (Jordana Brewster). The character’s fleeting passion doesn’t lead to anything racy. The scene’s truncated feel is yet another signal that the MPAA goes easier on violence than sex.

That in turn raises the question of how the creative ante can be raised in a motorized melodrama such as Fast & Furious. The sky is the limit when it comes to the slow-witted dialogue (Mia to Dom: “Let this go before it’s too late.” Dom: “It’s already too late.”). As for thematic content, the flick’s ethnic gestures and multiracial shout-outs are window dressing. The heroes are pretty darn white, the Latinos are criminally inclined and Brian gets an Asian female agent to do his legwork inside the FBI task force. Nothing novel is added to the perennial dilemma of how to distinguish between the black hats and the white hats: again, men are divided between street justice and the integrity of the courtroom and law books.

How can such a muscular spectacle as Fast & Furious be juiced-up further, aside from projecting it in 3-D or IMAX? Soon enough, this franchise and others like it will be permanently impounded if filmmakers can’t figure out a way to inject speed that actually takes you somewhere.