I Hope They Serve Beer In Hell 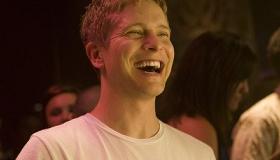 Based on the memoir of the same name, I Hope They Serve Beer In Hell is a grand, farcical, road-tripping romp in the vein of National Lampoon’s Vacation and Road Trip, but updated with the crass, guy’s-night-out humor of Role Models and The 40-Year-Old Virgin. With a top-notch script penned in part by the book's author, Tucker Max, and winning performances from lead Matt Czuchry ( Gilmore Girls ), straight man Geoff Stults ( 7th Heaven ) and scene-stealer Jesse Bradford ( W., Flags of Our Fathers ), the film seems sure to please fans of the genre. If over-the-top buddy comedies keep cashing in at the theatres the way they have been in the past few years, I Hope They Serve Beer In Hell should find itself enjoying similar box office success.

Question: If you and your friends went on a prurient road trip that involved the commission of multiple criminal offenses, one arrest, a prison beating, the egregious waste of hundreds of dollars at a variety of strip clubs, solicitation, destruction of public property, drunk and disorderly conduct, public urination, hotel blacklisting and public defecation, would you: A.) Try your best to bury the story in your deep, dark past; B.) Rub it in the noses of all your friends who weren’t there; or, C.) Make a feature film about the misadventure and proclaim your misdeeds to the world?

Most Americans would probably pick A. Some would pick B. Max, for his part, picked C, and it is the story of moral morass, hilariously fictionalized (but only just), that makes up the plot of I Hope They Serve Beer In Hell.

The film opens with an introduction to Tucker (Czuchry), a Peter Pan-like lothario who finds himself enrolled in law school—where he’s as likely to be found in the bar or with coeds as attending his actual classes. Clearly the Big Man On Campus, Tucker exudes the same causal rakishness when matching wits with his professors as he does when ensnaring women.

However, Tucker’s two best friends fail to share his self-assuredness. Drew (Bradford), a caustic, cynical shut-in cut from the image of a boiling-mad, asocial Henry Rollins, is the victim of a cheating girlfriend and a heartless breakup; he spends most of his time playing video games and railing against the opposite sex. Dan (Stults), for his part, is engaged to the love of his life and is, at the film’s opening, less than two weeks away from his wedding day. It is Dan’s upcoming nuptials—and the attendant, mandatory bachelor party—that serves as the main driver of plot.

Above the wishes of his friends, Tucker drags the trio's party to the far-off town of Salem, site of a notoriously decadent strip club. Dan seethes over the deception inherent in the trip. Drew, for his part, seethes at the forced interaction with the opposite sex. Tucker, of course, simply drinks in all that Salem has to offer, and while his friends undergo critical moments of self-reflection, Tucker simply rides along the tracks of consequence-free, in-the-moment based living. The intersection of Tucker’s static outlook and the trauma and catharsis undergone by his friends leads to an inevitable confrontation, and though it takes time to play itself out, Tucker is ultimately faced with the truth: that he must learn to value others as he values himself, or else face the consequences of losing his closest friends altogether.

I Hope They Serve Beer In Hell has been analogized to the archetypal hero’s journey, and it is a somewhat fitting comparison. But to simply harp on this aspect of the story and categorize the film as an R-rated reimagining of Star Wars would miss the point. I Hope They Serve Beer In Hell strives to be—and is, at its core—a genuinely funny gross-out comedy about guys getting into trouble. Fans of Tucker Max will recognize much of the book's original Austin Road Trip story, with bits and pieces of other salacious tales mixed in at times as well. Sex and excretion jokes, attacks on social taboos and shocking sight gags are this film’s stock in trade—and they are clearly so by choice.

And—and this is important—they are done well.

There are people who will not like this movie (that goes without saying) but I Hope They Serve Beer In Hell doesn’t aim to be all things to all people. It aims to be a sex-driven romp through real-life guydom, a mirror held up to the best and weirdest aspects of the male social dynamic. At this, it succeeds. The classics of the guys’ comedy genre of the last ten years— Super Troopers, American Pie, and their ilk—became so because they so perfectly captured and distilled the oddest and funniest moments of what it’s like when a group of guys get together and let their baser impulses run wild. I Hope They Serve Beer In Hell laudably does just the same—with its sensibilities updated for the current shock threshold, of course—and, in all likelihood, will find itself held in the same esteem as those other films upon its release.