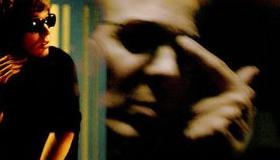 A fascinating meditation on the nexus of art and celebrity with a deeply charismatic figure at its center, director Stephen Kijak's profile of reclusive pop icon Scott Walker is one of the most remarkable music documentaries in ages, and certainly the absolute best ever made about a guy who went into a studio to record the sound of a man punching a side of pork (it's in the film, trust me). Given Walker's status as a genuine legend and Kijak's reverent but evenhanded treatment, 30 Century Man is sure to do better than average theatrical business, and home video success would seem a gilt-edged certainty.

If you're unfamiliar with Walker (nee Scott Engle), the short version is that he's an American who, with his group The Walker Brothers (none of whom were brothers or named Walker), went to England to become a pop star in the mid-Sixties. The Walkers were, in fact, huge both in England and on The Continent, although in the States they were more or less one hit wonders (with “The Sun Ain't Gonna Shine Anymore,” a Phil Spector pastiche that's one of the greatest big production ballads of its era). Walker went solo early on, with an ahead of his time TV variety series and a succession of albums in which he reinvented himself as a European style flaneur a la Jacques Brel, a move that couldn't have been more magnificently out of sync with the rest of what was happening in the rest of pop. For a while, he was an even bigger star than he'd been at the height of the Beat Boom, but by the mid-Seventies he and the Walkers were reduced to doing a lame, obviously-for-the-bucks reunion tour that pleased nobody. Since then, Walker (who's guarded his privacy in a way that Greta Garbo would have appreciated) has made a series of icily avant-garde yet strangely operatic art-rock albums, which he releases every five to ten years; they haven't sold particularly well, but they've been critically acclaimed and vastly influential. People like David Bowie (who exec produced Kijak's documentary) and Brian Eno are huge fans. 30 Century Man (the title is from a song from Walker's third solo LP), which was shot mostly in 2006, takes its hook from the recording of (at this writing) Walker's most recent record, The Drift.

This is a terrific story even if you're not particularly interested in contemporary pop music, and Kijak frames it beautifully with amazing historical footage (early Walker Brothers TV performances, in which Walker absolutely drips star quality) and contemporary reminiscences by people who knew him when. The irrepressible Lulu (of "To Sir With Love" fame) gets to the heart of his appeal when she looks at the camera and deadpans, with just the right note of woman-of-a-certain-age lust, "He was gorgeous." But the heart of the film is Walker himself, who made himself available to the director for the first lengthy interviews of his career, and who turns out to be an even more remarkable character than you might expect. Smart, funny, and (although balding) still a riveting presence, he seems to have survived rock-and-roll totally unscathed (this despite, as he recalls, some serious drinking done in the company of Rolling Stones manager Andrew Oldham and others) and the portrait of the artiste that emerges here is of a serious kind of ’60s zen beatnik, for whom pop stardom was a vehicle for a far more ambitious vision from the very beginning. Not to be missed.