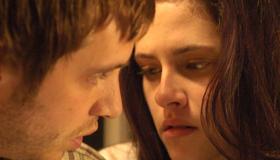 Actress Mary Stuart Masterson’s star may have dimmed a bit since the heyday of the ’80s and ’90s, but her gift for internalization and understated nuance remains firmly intact, here manifest from the other side of the camera as she gently guides a talented cast through the rural rhythms of screenwriter Jayce Bartok’s quiet character piece. Microscopic examinations of life in small town America have become something of an unfortunate cliché, largely because most of them traffic in the same archetypes, and Bartok’s isn’t far different. But Masterson’s affection for the characters is genuine, enabling her to imbue the material with enough earnestness to keep an otherwise average film feeling honest where more generic Sundance fare usually dips into self-importance. Micro-distribution strategy by the film’s producers is a notch above four-walling, so most will have to wait to discover the film on DVD or cable.

Upstate New York is the backdrop for a story centering on two intertwined rural families and the efforts by the various members to move past recent and enduring tragedies. Scribe Bartok also stars as Guy Kimbrough, the younger son of the local butcher, Easy (Bruce Dern). Returning home from New York in the wake of his mother’s passing, Guy walks straight into renewed friction with his father and younger brother Beagle (Aaron Stanford), all of them clearly not on the same page with respect to mom’s importance in their lives. It’s enough to drive this would-be Romeo into the arms of a lovelorn 15 year old Juliet from the other side of town named Georgia Kaminski (Kristen Stewart), a fetching young doe sadly afflicted with a congenital and degenerative neurological disease known as Friedreich’s ataxia.

It’s an awkward romance, made even more awkward at the revelation that Easy and Georgia’s free-spirited grandmother (Elizabeth Ashley) have had a longstanding fling of their own, but Masterson keeps her actors focused on the understated at the expense of the sensational—it’s an unorthodox choice that pays off in a handful of crucial scenes which more than compensate for the film’s uneven pacing and overly theatrical structure.

What Masterson can’t quite overcome is the picture’s lack of noticeable subtext—however restrained the performances, there’s little lurking below the surface which Bartok’s script doesn’t make an explicit point of discussing. It’s hardly a deal-breaker, but it does handicap the film’s emotional potential, denying the audience the richer experience of feeling the same sense of loneliness and yearning with which its characters have sadly learned to live the greater part of their lives.

As directing debuts from actors and actresses go, Masterson’s falls somewhere on the upper-end of the middle, a better-than-respectable effort given the difficulty of the material and the constraints of the budget. That should be enough to guarantee her another crack at the job—hopefully with a bigger budget and more commanding material.