close
A Japanese tragicomedy with piano 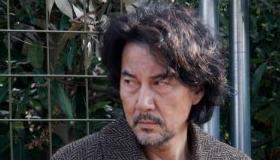 Known for suspense thrillers, Kiyoshi Kurosawa has made a tragicomedy that captures the prevailing mood in the economically developed world using the prism of an outwardly ordinary Japanese family. Tôkyô Sonata probes Japanese society with an incisiveness and lucidity that renders it all the more relevant and universal. Striking cinematography, a spare script and naturalistic performances clear a space where aesthetic values intersect with cultural and social ills, enabling characters to inch from the brink of dissolution toward a condition of quiet, understated hope. The film’s accessibility and pertinence will help it attract business on the arthouse circuit without necessarily translating into eye-popping receipts.

Tôkyô Sonata is a parable about a family on the verge of a breakdown. Notions of authority and success, duty and fulfillment are breached. Fired from his job as Director of Administration at a tech company, 46 year old Ryûhei Sasaki, played by the doleful looking TeruYûki Kagawa, opts not to share the news with his wife Megumi (Kyôko Koizumi). He pretends to go to the office, but actually spends time in the park with an assortment of down-and-out folk—many of them suit-and-tie, briefcase-toting former businessmen like himself—or queuing up at the unemployment office. He meets an old acquaintance who has also been downsized and who is maintaining an even more elaborate ruse. He programs his cell phone to call itself five times a day, which creates the illusion he’s conducting business while also serving to calm his nerves.

Megumi does her best to keep the household running yet feels stifled. Their two sons are rebelling in different ways. The youngest, Kenji (Inowaki Kai), challenges his sixth-grade teacher and is increasingly drawn toward music. When his parents deny his request to begin taking piano lessons he uses his lunch money to pay for instruction from an attractive divorcee who quickly concludes he’s a prodigy. Searching for a purpose and a connection to the world-at-large, 17 year old Takashi (Yû Koyanagi) contemplates joining the American armed forces and fighting in the Middle East.

While filled with incident, the concise script by Australian Max Mannix, Kurosawa and Sachiko Tanaka (from a story by Mannix) lets the images and action do the talking. Lenser Akiko Ashizawa’s beautiful compositions emphasize framing squares and rectangles that symbolize how constricted Ryûhei and Megumi each feel, though they rarely communicate such thoughts to one another. The camera unselfconsciously divides every interior and exterior space. At the same time, there’s an atypical roominess and airiness. This isn’t the cold, cramped Tokyo we’re used to seeing on screen. There’s nothing nightmarish or stylized about the environment; the source of the collective anxiety goes much deeper.

Although the younger generation feels this unease, they have much less compunction about using self-expression and individualism as a way out. This is hardly a novel take, but the vision of contemporary Japanese society in Tôkyô Sonata isn’t schematic. Kurosawa and company deftly sound tonal inflections that make the tension seem far from routine or obvious. At times sardonic, ironic and melodramatic, the film flows confidently and with a serendipity bordering on lunacy toward its Debussy-infused finale. Never heavy-handed, it always withdraws before making too sharp a point. Music is used sparingly on the soundtrack, thereby heightening the impact of the conclusion.

As Ryûhei and Megumi become increasingly desperate, the pace quickens and events threaten to spin out of control. Takashi’s storyline and motivation could benefit from more detail. In contrast, young Kenji’s progress—his attempt to reboot and start over—is an attempt at healing that we understand intuitively. Tôkyô Sonata does not equate aesthetic experience with redemption or happiness. Art is not a panacea; and yet, the movie ends in such sublime state of musical bliss that you have to conclude it’s as close as we’ll ever get.