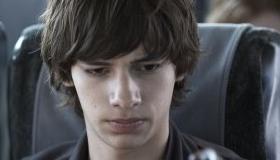 After the relatively generic thrillers Felicia's Journey and Where the Truth Lies and his epic drama Ararat, director Atom Egoyan returns to the elliptical narrative style and shifting points of view that characterized his earlier works, such as The Adjuster and Exotica. In Adoration, a French teacher's class assignment goes viral with unexpected consequences after one student's essay ends up on the Web. Mysterious and provocative, the drama will more than satisfy the filmmaker's dedicated arthouse base, but its fractured narrative may dampen its prospects for a wider audience.

Like so much of Egoyan's previous work, Adoration deals with both technology and the way grief can resonate for years. And into an intimate family story, he also weaves a tale of terrorism. An inspiration for the film comes from the 1986 incident involving a pregnant Irish woman who, about to board an El Al flight, was discovered to have a bomb in her bag. The bomb had been placed there, without her knowledge, by her Jordanian boyfriend.

In Egoyan's telling, French teacher Sabine (Arsinée Khanjian) assigns an old news story about the affair to her class for translation. One student, Simon (Devon Bostick), takes it a step further, transforming the piece from a straightforward news story to a first-person essay, identifying himself as the Irish woman's baby. When Sabine asks him why he veered from his assignment, he merely shrugs that he felt like it. She is impressed enough to ask him to read it in class, and further to perform it as part of drama class. His classmates accept his story as the real thing and begin chatting about it on the Net. With mixed motives on both sides and without really being aware of the ramifications of what they are doing, Sabine and Simon provide the fuel for a virtual wildfire online, the viral reach even encompassing real passengers from that fateful plane.

It is not such a great leap for Simon to imagine his late luthier father, Sami (Noam Jenkins), as a terrorist, not the way his embittered grandfather Morris (Kenneth Welsh) rails against the man he holds responsible for the car accident that killed his violinist daughter Rachel (Rachel Blanchard). Simon's guardian, his Uncle Tom (Scott Speedman), might know what really happened, but is still stunned by the responsibility he inherited in raising his nephew. As a result of Tom’s own issues with his father, he says nothing. The truth is left to Simon to imagine, and under the twin influences of the news article and his own suspicions of his father's motives that fateful night, he can imagine a sinister family history.

Sabine's motives are much more elusive and she is Adoration 's big puzzle. It is not just that she encourages Simon to take his assignment way too far, it is also the way she baits Tom. Is she a stalker? Why is she forcing him to acknowledge not just his family's truth but also his own prejudices? Her truth is the one that remains hidden for nearly the full length of the movie. Her behavior can be extreme, especially when she dons a burka to prove a point, but Khanjian, Egoyan's wife and longtime collaborator, invests her with such determination, quiet strength and wry humor that she is fascinating.

Adoration is not a film for moviegoers who like their straightforward three acts. The film is moving with a big emotional payoff at the end, but Egoyan makes you work for it. The puzzle is there to be solved, but you have to be willing to do the work. The reward is an emotionally vibrant, unforgettable story, Egoyan's finest in years.