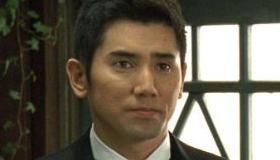 Winner of the Best Foreign Language Film Oscar, Departures tells of a Japanese cellist who becomes immersed in the funereal arts. Akin to a story by American writer and undertaker Thomas Lynch, Yojiro Takita’s melodrama has its virtues—above all, a message concerning the vital function of grief and proper death rituals—but it’s too long and glacially paced to catch fire in international markets. While the treatment is mainstream enough to engage a broad swathe of the moviegoing public as it did domestically, from a critical standpoint Departures doesn’t warrant altering itineraries to see.

The biggest surprise during this year’s Academy Awards broadcast wasn’t Anne Hathaway’s singing ability or the pentupled presentation of acting trophies; it was that neither Waltz With Bashir nor The Class snagged the foreign-language prize. My assumption that the votes were split between these two acclaimed films wasn’t a reflection on the worthiness of Departures because, other than attendees of some second-tier festivals and the relevant Academy committee members, few had seen it. Now that I have, the vote-splitting explanation stands. There’s nothing terribly wrong with Departures but it’s not exceptional either.

Finding himself unemployed after the Tokyo orchestra (for which he plays cello) is dissolved, Daigo Kobayashi (Masahiro Motoki) decides to return to the modest home his late mother left him in the northeastern prefecture of Yamagata. He sells his expensive instrument, bought in the hopes it might boost his self-esteem, and moves with his wife Mika (Ryoko Hirosue) to his provincial hometown. Daigo’s mother passed away a few years earlier and his father abandoned the family when he was six-years-old. In search of a job, he answers a help wanted ad, thinking he would enjoy working in the travel industry. The word “departures” has multiple meanings however. Hired on the spot by Mr. Sasaki (Tsutomu Yamazaki), Daigo is trained in the ceremonial encoffination of corpses.

Encoffiners are engaged by undertakers (though it’s not clear what the undertakers themselves actually do) to clean and dress bodies in front of the bereaved prior to cremation. Part make-up artist, embalmer and mourner, these tradesmen are not generally esteemed, which explains Mika’s reaction when she discovers how her husband is employed. Encounters with an old friend whose elderly mother runs the local bathhouse highlights the cleansing and purification motifs. The relationship between Daigo’s new, necrotic calling and his artistic impulses, plus his inability to stop hating his father and wash away his bitterness and guilt, fill out the plot.

Departures is a good thirty minutes longer than necessary—even when you concede that repetition is an essential component of every ritual and that if one is going to bother engaging in a ceremony one should go all the way, so to speak. There are smatterings of dark humor and an antic dimension to Motoki’s performance, yet these moments of levity don’t serve as sufficient counterpoint to the film’s borderline mawkish lyricism. With his bemused mien and gnomic utterances, Daigo’s boss Sasaki is the most intriguing character. Thankfully, the mystery surrounding him is preserved and he’s not turned into an impishly magical force or stereotypical figure. But he disgorges food metaphors that could be explored further, at the expense of more obvious symbols such as salmon swimming upstream, or stones—the latter inanimate trope being introduced during Daigo’s flashbacks to his childhood.

Filmed with straightforward precision and respectful simplicity, the encoffination sequences are transfixing. Otherwise, there’s nothing special about the movie visually. As with the serviceable acting, the cinematography and editing don’t elicit any extra poignancy. Selections for the all-important musical score sound generic at best. Director Takita’s touch abandons him during a key montage that cuts back and forth between Daigo performing encoffination ceremonies and sawing the cello outdoors as winter turns to spring. You only have to sit through around half of Departures to apprehend its wisdom about the cathartic function of rituals. Nothing novel is evoked after seeing Daigo perform his first few. Perhaps the idea that such sending-off ceremonies are more for the living than the dead is taken too literally.