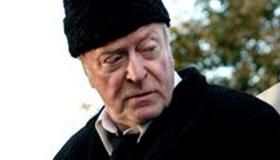 Michael Caine’s ability to inhabit a role is on full display in the new film Is Anybody There?. Sadly, in this tale full of clichés and conventional storytelling, the only thing holding the pieces together is the aforementioned thespian. The movie plays like a British version of Gran Torino without the gangsters: a cranky old man (Caine) helps a young boy (Bill Milner) gain the strength to become more confident. Life lessons and tragedy are thrown in for good measure. Arthouse audiences have a chance to discover this small story but even die-hard fans of Caine will be hard-pressed to support such a lukewarm film in theatres instead of waiting for the DVD. Still, typically underserved older audiences could be easily drawn and marketing in such communities could reap dividends.

Is Anybody There? is directed by John Crowley who last year made the underrated “Boy A” and now seems determined to let Michael Caine steal the show on his new picture. The good news is Caine definitely steals the entire film and the bad news is the celluloid theft is only possible because there’s not much of a story to steal in the first place. The veteran actor takes center stage as Clarence, a cranky magician who, like the film he’s in, doesn’t have many new tricks up his sleeve. Performing under the stage name “The Amazing Clarence” the only “amazing” thing about him is his unconventional relationship with Edward, a young boy riveted by the afterlife and suffering from problems at home.

It turns out Edward’s dad (David Morrissey) is testing the waters of his marriage, making home life not the best environment to be in. Enter Edward’s escape under Clarence’s wing, guided by all the clichés and twists you’ve seen in many movies before. Will the old man teach the young boy new tricks? Will Edward learn to turn the page on his dysfunctional family? Will sadness strike the film’s third act? All of these questions and more are answered within the confines of this predictable and marginally entertaining tale.

Peter Harness’ straightforward screenplay doesn’t reinvent the wheel in any way but it does give Michael Caine a big shiny role to sink his teeth into. Bill Milner on the other hand is left with practically nothing as the young boy sticking close to Clarence and picking up life lessons along the way. A stronger film would have beefed up the sidekick role and maybe thrown a bone to the supporting actors, making them stand out in a more prominent way and not wasting them completely. Instead of doing the right thing, Is Anybody There? is a one-man show that will have audiences asking themselves the titular question when the lights come up in the theatre.