close
An incredible performance in a rambling road film 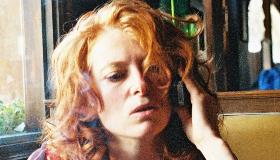 Fasten your seat belts for a roller coaster ride as Tilda Swinton gives a hypnotic performance as an alcoholic who lurches from one crisis to another after she is inveigled into kidnapping a millionaire’s grandson. Inspired by John Cassavetes wonderful Gloria, French director Erick Zonca (who made the award-winning The Dream Life of Angels ) sets the expectation rather high—definitely too high for this uneven film which unfurls between California and Mexico. Still, Swinton’s reputation and intense screen presence should ensure healthy audience curiosity, although Zonca allows the film to ramble on. Will likely lead to middling word of mouth. Smart marketing will capitalize on Swinton’s appeal.

To be fair the well-worn format of a road movie suits the subject well. Julia (played by the luminous and consistently watchable Swinton) is 40 and an alcoholic. She is manipulative, unreliable and a notorious liar—but in spite of everything else, her willowy frame gives her an arresting appearance. Watch out for her teetering on high heels in a drunken stupor—almost like a wounded bird trying to take flight.

In between the many vodkas and occasional one-night-stands, Julia manages to scrape together a living by doing one low-paid job after another. But her life is getting lonelier and lonelier. Swinton’s character may be unsympathetic but the actress imbues her with a humanity that is engaging.

There is one person who still shows her affection and would like to help her: an old boyfriend, Mitch. But Julia gives him a rough time and ignores his efforts. Her daily dose of alcohol only serves to strengthen her conviction that she is one of life’s losers and that she is not responsible for the chaos she has made of her life so far.

In panic and desperation, but also driven by financial necessity, she turns to crime as a way out. When Julia meets Elena, a young Mexican mother, at an Alcoholics Anonymous meeting, and discovers she plans to kidnap her estranged nine year old son from his tycoon grandfather, Julia decides to abduct the child herself and extort Elena's inherited fortune from her. But nothing goes as planned and she is forced to go on the run with a little boy in tow—and the cops plus assorted lowlifes on her tail.

Her flight has its picaresque moments, particularly when she accidentally drives into Mexico. There the boy is kidnapped again, but this time by a Tijuana gang of extortionists.

Swinton, for a long time the muse of the late British indie director Derek Jarman and now with a Hollywood profile to add to her allure, almost manages to hold the film together single-handedly, but the cracks start to show as Zonca’s direction allows the film to run out of control.