close
About family therapy, and about as much fun 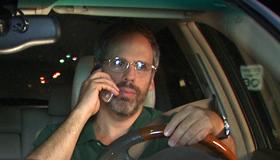 Although its really not much more than a 94 minute therapy session for the dysfunctional family from hell, this psycho-dramedy does have something going for it, with several nicely etched performances and some pungent scenes. The lack of star names and the feel of Sundance-cast-off will severely limit box office potential, but word of mouth could help this indie effort from young writer/director Rob Margolies find an audience in its ancillary afterlife.

Having played at film festivals under a previous title, Wherever You Are, the film’s prospects aren’t improved by an even more generic title for this tale of a disconnected family, who wake up one morning to begin a fateful life-altering day.

Early scenes establish the dynamic at work here with an over-caffeinated, skittish mom (Jane Adams), a dour dad (Josh Pais) who sits slumped in depression on the toilet and three self-centered kids, including foul-mouthed Meaghan (Dreama Walker), stuttering older bro Michael (Robbie Sublett) and young Spencer (Jacob Kogan) who seems already dependent on anti-depressants. This is all just subtext for the main event, a communal visit to their therapist, Dr. Livingston (Joe Morton), who Dad plans to use as a buffer when he makes an announcement that he and mom are splitting up, no fault of the kids, of course.

Each has a different reaction to the news but the plot thickens when Dad also says he’s hooked up with another man. Chaos followed by individual sessions in which the Doc unlocks well-guarded family secrets make up the bulk of the movie before it turns melodramatic when Spencer goes missing. Climax is thoroughly unsatisfying, but to be fair where do you go with this material?

Fortunately Margolies has a good ear for the way teens talk and creates a believable chasm between brothers and sister. The largely fine performances also help, with Sublett a real standout as the anxiety-ridden older son who finds the news almost unbearable. His confessional scene with Livingston is well played and nicely written. Walker is fine, if a little shrill as selfish Meaghan, while Kogan displays the same kind of sullen attitude he showed as the disturbed boy in Joshua. Adams is a good actress but this character gets on your nerves after a while. Pais is terrific as the sexually confused Dad switching gears and genders after 20 years of marriage. Morton is believable, but seems a little more involved than most dispassionate therapists depicted in movies, and in fact late in the story he reveals his own inner angst.

For those who enjoy watching people talk ad nauseam about themselves, the low-budget and simplistic Lifelines will probably strike a chord, but after about an hour of this stuff you just might want the session to end already.