close
Ideal for the novice and the Trekkie alike 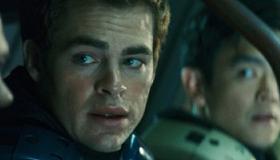 It will always be risky to tamper with a well-known and well-loved franchise, especially one that seemed to have reached its natural conclusion. But behold: J.J. Abrams, who made Mission Impossible III and the hit TV series Lost, has achieved the impossible with Star Trek, and reinvented it such that it should attract new admirers and please the loyal fan base alike. Stand by ticket takers: It’s guaranteed to start a box office stampede.

With the Star Trek chemistry any newcomer in the director’s chair had to be clear about preserving the franchise’s traditions, humor and ideals. J.J. Abrams accomplishes this feat to perfection, yet proceeds to push the action forward at a rollicking pace that barely leaves time for breath.

It should obliterate the disappointing track record of recent offerings in the franchise, such as the Star Trek Nemesis seven years ago, which seemed to signal the end of a series that had lasted five decades. Paramount’s budget investment of more than $150 million on the new Trek should be recouped in spades—and that will likely inspire a collective corporate sigh of relief.

Abrams goes back to the series’ ’60s roots and the early days of the SS Enterprise by revealing the formative experiences of our legendary heroes Kirk and Spock, and laces this origin story with a youthful zest and some enjoyable self-parody. The intergalactic vistas and pop art interiors are constantly stunning.

It’s in his astute choice of cast that the director draws much of the film’s strength, including Chris Pine as a youthful Kirk who has all the character traits that were exploited so successfully by William Shatner, Bruce Greenwood in commanding form as Pike and Simon Pegg’s bubbly and heavily accented Scotty. Zachary Quinto (best known as the monstrous Sylar in TV’s Heroes ) makes a wonderful forerunner to Leonard Nimoy’s Spock and, in an intriguing piece of time-jumping, manages to come face to face with him.

Karl Urban makes a deliciously cynical Dr. McCoy while Eric Bana shows his bad boy tendencies as the vengeful Nero who threatens the United Federation of Planets, leading to some incredible action scenes as he zaps around the galaxy in his state of the art spaceship.

Given that Abrams has completely reinvented the series with such aplomb, he should be given the chance to continue his good work by beaming them all up for yet another saga.