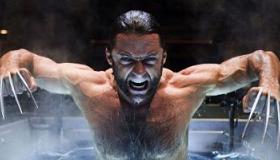 There is both good and less-than-good news in Fox’s and Marvel’s restart of the X-Men franchise—the first of an intended series of X-Men Origins prequels. The good is that the muddled misstep that was X-Men: The Last Stand is effectively eviscerated by this return to the thoughtful, character-driven approach that defined the first two pictures. The less-than-good news is that the filmmakers—director Gavin Hood ( Tsotsi ) and screenwriters David Benioff ( The Kite Runner ) and Skip Woods ( Swordfish )—aren’t able to sustain that trajectory for the duration, ultimately allowing the story to resolve in a fashion far too mechanical and conventional to be fully satisfying. On balance, however, the film works exceptionally well and should handily launch the summer movie season with solid blockbuster numbers.

Clues to the origin of Logan, aka Wolverine, were a key element in X2 and provide the new prequel with the essential narrative energy to get out of the blocks and into its whirlwind 99-minute sprint. A powerful prologue and dazzling main title sequence introduce orphaned brothers Logan and Victor (Hugh Jackman and Liev Schreiber)—almost indestructible mutants whose ferocity as warriors in every major conflict from the Civil War through Vietnam finally earn them a place on a covert military team headed by the duplicitous William Stryker (Danny Huston). Others in the outfit include the self-teleporting John Wraith (Black Eyed Peas frontman will.i.am); hulking Fred Dukes, aka The Blob (Kevin Durand); human battery Chris Bradley, aka Bolt (Dominic Monaghan); and superhuman sword master Wade Wilson, aka Deadpool (Ryan Reynolds). But after more than a century of merciless bloodletting, Logan increasingly has little stomach for the dark places to where Stryker intends to lead them—cutting ties with both the team and his increasingly sadistic brother.

Six years later, Logan is living a quiet, happy life as a Canadian lumberjack. He’s also in love, his inner beast tamed by the kindness of a beautiful schoolteacher named Kayla (Lynn Collins). Since movies aren’t in the business of dwelling on love and happiness, that’s a cue that all hell is about to break loose again, and break loose it does as both Victor and Stryker return, forcing Logan’s hand and dragging him back into a life he thought he had forever left behind. But all is not as it appears, as twists and turns beget other twists and turns, unveiling a plot of unfathomably nefarious dimensions.

Considerable credit is due to both Benioff and Woods for what amounts to no small task—crafting a prequel that manages to fill in the blanks of the previous films (particularly X2 ) without letting fans get ahead of the story based on what they already know. At the same time, a leaner assemblage of key players affords Jackman time and latitude to intimately explore the character that first vaulted him to mega-stardom. Schreiber, too, is particularly compelling as Victor—the Cain to Logan’s Abel—a character better known in the comics as Sabretooth. Both characters effectively comment upon the other—shared blood and shared life experiences corroding each man’s conscience and sense of purpose in tragically divergent ways.

The picture’s shortcomings, in fact, only really emerge when its focus devolves into the kind of outlandish set pieces and cockeyed plot complications on which lesser films typically rely from the outset. In the case of Wolverine, these detours come fairly late in the game, but it’s enough to at least partially hamstring what had looked like a runaway success.

Savvy viewers will find a few other hitches with which to take issue—subpar effects work in several sequences and an uneven audio mix, both the result of a clear rush to get a gargantuan film ready for it’s slated release—but they’re mostly offset by excellent performances which, to the credit of the actors and director Gavin Hood, are consistently the most interesting elements in any frame. Even the typically uneven Danny Huston, who bears the burden of being compared to the great Brian Cox’s performance as Stryker in X2, acquits himself without any substantial gaffes.

The most welcome sigh of relief, however, must come from supporters of Hood, the South African filmmaker who soared to notoriety with the Oscar-winning Tsotsi in 2005. The track record for foreign directors segueing to big-budget American films is notoriously spotty, with those able to make the transition typically accused of Faustian treachery to their principles. But Hood handles both the transition and the balancing act with aplomb—able to command the film’s massive logistics while preserving the story’s humanistic underpinnings.

Should the film succeed as it deserves to, the brass at Marvel and Fox will be likewise relieved, for both companies—as well as other studios in the Marvel fold, like Universal and Sony—have a great deal riding on Wolverine ’s success. The X-Men Origins series effectively prefigures and mirrors the approach with which Marvel hopes to eventually launch The Avengers, the former breaking down a series of successful films into component franchises as opposed to the latter which will coalesce its antecedent franchises into one. Granted, the success of one film doesn’t guarantee the success of all future Marvel efforts, but it will confirm the public’s willingness to play along with what amounts to one of the most ambitious long-range film slates ever conceived.