close
Coco before Chanel, but not before greatness 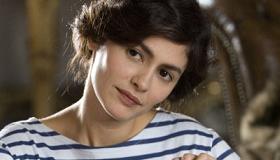 Concentrating on the fashion and design icon’s early years, Anne Fontaine’s film looks ravishing and eases under the skin of Chanel at a formative period. Given the recent performance of French biopics (compare the Oscar winning Ma Vie en Rose about songstress Piaf) the prospects look buoyant - especially as Amélie star Audrey Tautou takes the title role and, coincidentally, has taken over for Nicole Kidman as the incarnation of Chanel Number 5 Perfume.

The decision to focus on fashion guru Gabrielle “Coco” Chanel before her character was entirely formed gives director Anne Fontaine more of a freedom and allows her a wider scope than a traditional biopic.

The woman credited with inventing French chic was born into straitened circumstances in 1883 as Gabrielle Chanel, the illegitimate daughter of a traveling salesman. After the death of her mother, she was abandoned by her father and spent seven years in a Catholic orphanage, where she learned to sew. Fashion was not her first career choice. Chanel had ambitions to be a singer and it was while singing, “Who's Seen Coco in the Trocadero” in a cabaret that she acquired the nickname Coco. It was while working as a cabaret singer that she also took to sewing the stage clothes for the likes of French cabaret star Mistinguett.

Chanel became embroiled with various influential and wealthy men before taking her first steps in the fashion world. She opened a hat shop in the upscale seaside resort of Deauville in Normandy. Already she was displaying the potent mixture of charm and determination that served in such good stead as her career developed in the world of haute couture.

Chanel, who died in 1971, is credited with bringing a new simplicity to female fashion after the elaborate styles of the Belle Époque. Her little black cocktail dress, which she created in 1926, remains an essential item to this day.

Fontaine’s film starts with Chanel’s childhood but quickly follows her as a young woman just before the First World War, during which time she worked as a cabaret singer and then became involved with a wealthy horse breeder Etienne Blasan (Benoît Poelvoorde). She befriended one of Blasan’s mistresses (Emmanuelle Devos) and followed on with an affair with the English polo player Arthur “Boy” Capel (Alessandro Nivola). All were instrumental in setting her on the career path to fashion.

The witty and insightful script is based on the book L’Irrégulière: ou Mon itinéraire Chanel by Edmonde Charles-Roux and was written by Fontaine and Christopher Hampton (whose most recent outing was on Stephen Frears’s Cheri ). The film’s strength is its avoidance of cliché and sentimentality. The sense of period has been impeccably captured in Olivier Radot’s production design and evoked in Alexandre Desplat’s discreet score.

Tautou, who has long since proved there is life after a career-defining hit like Amélie and a blockbuster like The Da Vinci Code, is perfectly cast as the headstrong Chanel, and gives a nuanced and highly watchable performance as she asserts herself in the predominantly male world of the time.

A second, rival film about Chanel's love affair with the Russian composer Igor Stravinsky will be seen later this month [May] as the closing film of this year’s Cannes Film Festival. France’s film industry has discovered a rich vein of material for biopics—and they seem to revolve around troubled and creative females such as Piaf and the novelist Françoise Sagan.

Chanel, though, is in a class all of her own.