close
Raimi shows he’s haunted (in a good way!) by his earlier works 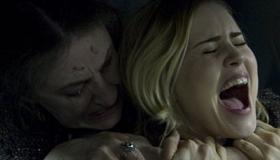 After his sortie with the Spider-Man franchise, director Sam Raimi returns to the horror arena with a film that has many echoes of his earlier work—think the Evil Dead series for a sense of the playful flavor. His name alone should pull in the punters, while solid word of mouth ought to give it legs. The humor feels deliciously dark and the film’s more thoughtful than a gorefest or a roller coaster ride, hence the lighter and more accessible rating which should help support the film’s already high earning potential.

Working from a script by his brother Ivan, director Sam Raimi returns to the horror genre with a distinct spring in his step and a special midnight slot at the Cannes Film Festival as a launch pad.

Rather than relying on easy options, the two Raimis have concocted an original tale of a young woman’s desperate quest to escape an evil curse. Christine Brown (played with considerable resourceful by Alison Lohman) is an ambitious L.A. loan officer with a charming boyfriend, Professor Clay Dalton (the up-and-coming Justin Long).

Their life together appears to have everything going for it until the mysterious Mrs. Ganush (Lorna Raver) arrives at the bank to plead for an extension on her home loan. Christine’s dilemma revolves around whether she should follow her instincts and give the old woman a break, or deny the extension and earn the approval of her boss, Mr. Jacks (David Paymer).

Finally she decides to opt for the latter and dispossesses Christine of her home. (How could she know it was going to be such a wrong move?) In retaliation, the old woman places the curse of the Lamia upon her. This has the effect of transforming her life into a living nightmare. Haunted by an evil spirit and misunderstood by a skeptical boyfriend, she seeks the aid of seer Rham Jas (Dileep Rao) to save her soul from eternal damnation and he devises a formula to reverse the spell—but how far is she prepared to go to get herself away from the curse?

Raimi, who in his Evil Dead days showed a penchant for limb-chopping and blood-spewing special effects, shows more restraint here and also plays much of it for laughs—while at the same time scaring us witless. You can see the influence of such horror classics as The Exorcist and The Omen.

Drag Me to Hell shows him back confidently where he belongs, displaying his trademark brio and invention.