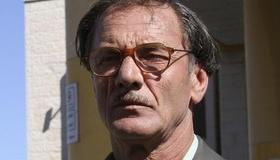 There are two major “points” in Palestine: Check Points and breaking points. Laila’s Birthday proves that the second can be a direct result of the first. In this beautifully rendered love letter to Ramallah, an occupied city teeming with complex--often absurdist--human interactions, Abu Laila (Mohammed Bakri), a dignified former judge turned temporary cab driver, tries his best to preserve both his sanity and his humanity in a world gone mad. His task today: purchase a gift and birthday cake for his 7 year old daughter (the eponymous Laila). Unlikely to find its way to the local Cineplex, this engagingly wry and original day-in-the-life conceit should pack arthouses, with viewers looking for an alternative to overly simplistic or unmitigatedly depressing images of life in an occupied territory.

As does Kiarostami’s female protagonist in Ten, Abu Laila drives around the city where he encounters a random selection of inhabitants, briefly entering their lives: a pair of young lovers seeking “private time,” even if it’s only in the backseat of a taxi; an ex-con recently released after 11 years of incarceration; a middle-aged woman who can’t decide if she wants to go to the hospital first (for herself) or to the cemetery (for her late-husband). The film’s comic tone and biting dialogue tempers the awareness that these vignettes symbolize deeper and more dangerous issues.

As a defense mechanism against the chaos around him, Abu Laila tries to control his small portion of the world--inside his taxi--and assert his lapsed legal authority. He insists that passengers buckle up for safety (“It’s the law ” after all), smoking is prohibited and under no circumstances will he transport anyone bearing arms. I cannot imagine a better call on casting than Mohammed Bakri as Abu Laila. Bakri, an actor with international credits (who also makes documentaries), conveys an innate warmth and decency. And, although he’s sometimes likened to Buster Keaton’s great stone face, in the much younger actor’s expressive eyes I see more of the old master Armin Müller-Stahl and the Everyman Bruno Ganz.

In Laila’s Birthday, Gaza-born director Masharawi ( Waiting, Ticket to Jerusalem, Haifa, Curfew ) demonstrates the inseparability of the personal from the political. He believes that “Politics influences and guides the small details of our precious life.” The film exhibits rich examples of a non-partisan perspective. In a café, men watching television can’t decide if the news footage depicts Israelis and Palestinians or Iraqis and Americans, in other words, there is an absurd interchangeability of soldiers/prisoners and regional conflicts. An older couple--one of Abu Laila’s fares--espy a queue for aid forming outside a building, but those in line ahead of them can’t say whether it’s from Fatah or Hamas, it’s simply another line to stand in. When a bomb goes off, at first no one knows whether it’s an internal Palestinian feud or the Israeli Army.

Laila’s Birthday patently displays the frustration, angst and ennui that pervade the quotidian inner-workings and wide array of temperaments in an occupied urbanscape. And even though a palpable sense of foreboding courses through the film (not the least of which includes the occasional sighting of a check point and the rumbling of overhead jets), Masharawi’s serendipitous, even playful affect is a testament to human endurance and optimism.