close
Losing his wife and his grip 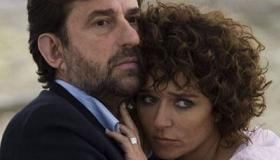 Beginning with the heavyweight subject of the loss of a loved one, Quiet Chaos may have to fight for its audience. During a day at the beach, Pietro (Nanni Moretti), a career-minded television executive, saves a woman from drowning—although she remains unaware of her rescuer's identity. Ultimately, though, the presence of Moretti (as the lead character and also as one of the screenwriters) should help it to win niche arthouse aficionados.

On his return home, Pietro discovers his wife has had a fatal accident. Moretti’s confused character deals with his grief by isolating himself from the rest of the world. By a strange coincidence, the woman he saved at the beach (played by Isabella Ferrari) later comes back into his life and the two meet and indulge in some vigorous sex, which liberates him from his wife’s death and also allows the woman to move on from her failed relationships.

Inevitably this scene provoked controversy in Italy, where Moretti (whose 2001, Cannes winner The Son's Room ) is seen as one of the country’s most successful filmmakers and actors.

There are echoes of Moretti’s own film here as his character waits each day in a park for his daughter’s school to finish. Pietro, who has been left as the sole caregiver for 10 year old daughter Claudia, finds it difficult to deal with the child's seeming acceptance of her mother’s death, and he has to wait for his own emotional response to kick in. Soon his life and work are run from the park bench, a nearby restaurant and his car.

Cloistered inside his vehicle, he begins to observe his environment and discovers other people’s problems and ways of dealing with life’s vagaries. His bosses, his colleagues and his relatives, including his brother Carlo (played by Alessandro Gassman), all drop round to comfort him. Bizarrely, all they do is tell him about their own difficulties and find they are disconcerted by his mystifying “calm.”

Based on the novel by Sandro Veronesi, which won Italy’s top literary prize in 2006, Quiet Chaos presented director Antonello Grimaldi with the challenge of dealing with a character who spends so much time in one place. He does so by firing questions at the screen about how people should be expected to react in such circumstances and manages to keep the audience constantly engaged.

Grimaldi’s sensitive direction, allied to a subtle score by Paolo Buonvino, sharp script and accomplished acting, helps to turn this into an original and complex study of the unpredictability of human foibles and weaknesses, all of which will haunt audiences long after viewing. It has also earned professional approval in the Italian Oscars, scooping no fewer than 18 nominations in the David di Donatello film awards.