close
Political but potent in its potential use

The Stoning of Soraya M. 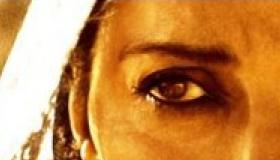 The increased attention given to Iranian cinema by Western moviegoers has been a welcome trend, as directors grapple not only with the 1979 Islamic Revolution and its aftermath but more universal themes perfect for broader audiences. Cross border successes, including Jafar Panahi's Offside from 2006 and Majid Majidi’s latest release The Song of Sparrows, are notable for their naturalism and visual poetics. The Stoning of Soraya M., about a horrible miscarriage of so-called justice in an Iranian village, trades those qualities for Colorado-born, USC Film School grad Cyrus Nowrasteh’s more garish, Hollywood sensibilities. Still, it is impossible not to be moved by such a heartbreaking story. Financial prospects are more promising than the norm, although it’ll need an Op-Ed boost to really get going.

In 1994, when Freidoune Sahebjam’s non-fiction book about the 1986 murder by stoning of an Iranian woman hit English-language bookshelves, the Iranian government strongly denied that stoning. Although some of the White Revolution reforms of Shah Mohammed Reza Pahlevi were favorable towards women, during the subsequent Khomeini regime, Iran became a harsh, male-dominated society governed by remorseless Sharia law. So the stage was set for the unforgivable frame-up perpetrated against Soraya (Mozhan Marnò) by her husband, the cruel Ali (Navid Negahban). Although the beautiful Soraya is an exemplary wife who provided Ali with a pair of sons, he insists on a divorce when he is offered a 14 year old girl for marriage. Soraya refuses for fear of not being able to provide for herself and her children. Since Ali doesn’t have enough money to buy his way out of the problem, he falsely accuses Soraya of sleeping with the meek, rotund, Hashem (Parviz Sayyad) who’s been the recipient of Soraya’s generous housekeeping largesse since the death of his wife. According to Islamic law, the penalty for adultery is death by stoning, a fate that Ali has no problem visiting upon his wife.

The script was co-written by Nowrasteh, a conservative (although in articles he claims to be a libertarian) who wrote the controversial TV movies The Path to 9/11 and The Day Reagan Was Shot. So it’s predictable that he’s not interested in understanding Soraya’s accusers, just hating them. And although there’s much to hate, from a dramatic standpoint (this still needs to function as a movie, folks), the film suffers for lack of proper shading. Ali’s biggest ally in the railroading of Soraya is local Mullah Hassan (Ali Pourtash). Ali knows of Hassan’s secret past under the Shah and uses the knowledge to force through Soraya’s conviction on religious grounds. But Ali and Hassan are floridly villainous characters. In fact, with the exception of one scene where the town mayor (David Diaan) openly wonders whether the stoning is in fact God’s will, the preliminaries are broad to the point of simplistic. If Ali, with his wicked beard and wicked sports car, wears the black hat, Soraya’s aunt, Zahra (former Oscar nominee Shohreh Aghdashloo), wears the white hat. Zahra narrates the movie in flashback, as she relates her niece’s unconscionable end to Freidoune Sahebjam (Jim Caviezel, sporting an unnecessary nose prosthetic), the French-Iranian journalist who would liberate the story from its isolated village. He’s stuck in town after his car breaks down and while Hassan fixes the blown radiator, Sahebjam tape-records every word of Zahra’s incredible tale. Framing devices like this are questionable to begin with, but it gets worse when Sahebjam leaves the village and Zahra melodramatically proclaims to the heavens, “now the world will know!”

The scheming of the village elders and the whisperings of the town gossips are perfunctory warm-ups to a foregone conclusion. The stoning is a long and extremely brutal sequence that will disturb some audiences. But it’s the right call. Any backpedaling would lessen the film’s punch and could relegate Soraya to symbolic martyr status in a film that already lacks for character nuance. And yet Nowrasteh’s film is not only an indictment of fundamentalist Muslims who’d deem such barbarity justified; it’s also a cautionary tale about mob rule, a phenomenon hardly limited to Islam.

Still, this is an awkward time to call out Muslim extremism. In March 2009, MPAA representatives (including actress Annette Bening) on a cultural goodwill mission to Tehran were ambushed by Iranian officials who demanded they apologize for Western cinema’s “insults and accusations against the Iranian nation.’’ So it’s possible that a film critical of Islam would be used as anti-Western propaganda by hard-line president Mahmoud Ahmadinejad in his reelection fight against moderate Mir-Hossein Mousavi. Then again, who gives a damn? If today’s movies have any influence other than making people buy plush toys, it’s making people aware of injustices of which stoning is near the top of the list. Yes, The Stoning of Soraya M. is destined (if not designed) to be used by conservatives to stoke additional hatred towards the entirety of Islam. One can only hope that the people who watch the film are more sophisticated in their thinking than the people who made it. That said, the movie is powerful, though flawed, and if it shames one Muslim into reconsidering the worst his religion has to offer, it will have done the world a service.