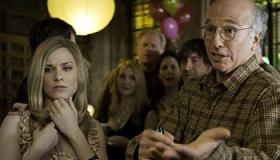 Woody Allen's latest seems like a decade and a half late defense of his relationship with Soon-Yi Previn. Except that Allen claims he wrote his script about an old crank who falls for an incredibly young beauty for Zero Mostel back in the ’70s, when the rampaging comedian was still alive and his future bride was still an orphan in South Korea. Allen doesn't need this slight picture to perform better than would be embarrassing for him, and that's exactly what it'll do.

After several years abroad churning out pedigreed B-pictures, Allen has returned to New York for his latest trifle. For now, he's given up making films that are about anything bigger than a quirky theme and a few dozen one-liners. A septuagenarian—not that he looks much different than he did 25 years ago—the filmography of Allen’s last decade would be good enough to make the career of a younger auteur. But being Woody Allen pictures, they're always seen through a thick lens that makes them appear either more grand or more cheap than past projects.

In this, Larry David—Allen's new Woody Allen—plays Boris Yellnikoff, a brilliant scientist (he continually reminds us) who cracked up and threw away his on-paper-perfect wife and job. Now a grump whose only friends tolerate him out of loyalty, he entertains himself by berating children, a courtesy he extends to a barely-legal runaway who wheedles him into a place to sleep. Melodie (Evan Rachel Wood) is dumb and beautiful. The dumb turns out to be more valuable: she's literally too dense to accept Boris' misanthropy. (She sees into his heart, she insists, even though we're not convinced one's even there.) But eventually Boris makes her his wife after he comes around to appreciating her blonde, Southern, good looks, the cooked catfish dinners and the way she skips around the apartment in knee socks, pigtails and panties.

What does Melodie see in him? We're not sure, and for the first thin hour, Allen isn't interested in asking her. Instead, he turns the implausibility of their romance into the script's reason to exist and lets the other characters mirror our disbelief. With the entrance of Melodie's estranged mother (Patricia Clarkson), the film takes an interesting twist. (And with the entrance of father Ed Begley Jr. a few scenes later, the film's twists seem like Allen racing to slap an ending on his ungainly charmer.) Couples pair up, people evolve and Boris opines the film's tidy, off-kilter thesis, "The romantic aspirations of our youth are reduced to 'Whatever Works.'" And for Allen, his career aspirations have done the same.