close
A new and exciting kind of love story 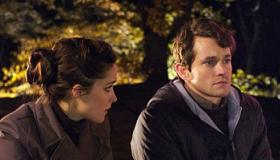 As if romantic love isn’t hard enough, along comes Adam, a very different kind of love story. Boy meets girl. Boy likes girl. But boy suffers from Asperger’s Syndrome, and so suffers from a lack of the social and emotional skills necessary to make a romantic connection. But Asperger’s serves as a metaphor for the bumbling way in which most of us fall into (and out of) relationships. This credible and moving portrayal of a man with Asperger's Syndrome, whose passion for science and his love for a woman help him in his struggle to achieve a meaningful relationship, should find an appreciative audience. With Fox Searchlight distributing, Adam --although less flamboyant than the distributor’s runaway hits ( Little Miss Sunshine, Juno and Slumdog Millionaire )--will supply the necessary fanfare for a significant launch.

The film cleverly sets up an early ambiguity: we know that Adam, fascinated by all things astronomical, is a bit odd, but the film suggests that he (like characters in Man Facing Southeast, K-PAX and Starman ) may be an extra-terrestrial. Hugh Dancy inhabits Adam, a 30-year-old engineer who lives alone in the Manhattan apartment he’s always shared with his father and protector, until the latter’s recent death. Enter the beautiful Beth (Rose Byrne), a new tenant in his building, an elementary school teacher and aspiring children’s book author, whose heart was recently broken by a dastardly investment banker. She’s drawn to Adam’s alternately childlike wonder at the stars and nature, and his ability to brilliantly, if obsessively, explain the machinations of the universe.

He first wins Beth over with an elaborate outer-space light show and a magical night walk in Central Park to observe the antics of a raccoon family. Delighted by the worlds that Adam invites her into, the wounded Beth quickly softens toward him and soon falls in love. It’s Beth who teaches him how to look into the eyes of whomever he’s speaking with, the protocol of confidently applying for a new job and the basics of conversation. But it’s not long before his quirks--and a more serious emotional outburst--affect their relationship.

In a sub-plot, Beth’s father Marty (Peter Gallagher), an accountant, goes on trial for allegedly “cooking the books” of a client. His wife Becky (Amy Irving’s reprisal of her long-suffering wife role in Traffic ) serves as the bedrock of support for both her husband and Beth. Her fundamental understanding that “finding love is very important, but loving is the necessity,” supplies Adam ’s subtext.

Director Max Meyer (who received this year’s Sundance Film Festival Alfred P. Sloan Prize--presented for an outstanding feature film focusing on science or technology as a theme, or depicting a scientist, engineer or mathematician as a major character) has created a film that explores the intricacies of living with Asperger’s Syndrome as it simultaneously addresses the complexities we all face when we try to love intimately and live with each other’s foibles and peculiarities.