close
Raising the broom for this year’s Summer Blockbusters

Harry Potter and the Half-Blood Prince 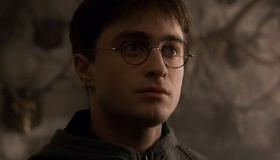 The sixth entry in the enormously successful Harry Potter series is bound for glory at the box office as J.K. Rowling’s beloved characters get older and take on new challenges. In fact, for pure fun, adventure, romance and thrills this is clearly going to be the movie to raise the bar for this summer’s blockbusters. With Harry, Ron and Hermione feeling the pangs of love and ominous signs that the final battle is nearing, this is the most spectacular and richly satisfying Potter movie yet, topping all that have come before it. Expect business to fly higher than a Quidditch player, with US and international returns hitting the stratospheric mark. The only snag in the film’s predictable success is the result of a scheduling snafu that will force the majority of IMAX theaters to receive the title two weeks after it hits regular screens. In every other way, it’s smooth sailing.

Director David Yates returns after successfully helming the Harry Potter And The Order Of The Phoenix in 2007. Screenwriter Steve Kloves, writer of the first four installments, is now returning after missing the last film. Their teaming proves fortuitous as these filmmakers take the Hogwarts gang into considerably darker and more grown up territory than ever before. Fans of the book will not be disappointed as this edition is, per usual, slavishly loyal to Rowling’s meticulous plotting.

Basic storyline picks up in the first scene with ominous gray clouds literally dwarfing the screen and three of Lord Voldemort’s evil Death Eaters unleashed to wreak havoc in London. For Professor Dumbledore (a superb Michael Gambon) these are signs that the ultimate confrontation is nearing and he must prepare Harry (Daniel Radcliffe) for the inevitable. To this end, he enlists the “The Chosen One” (Harry) to befriend returning Hogwarts Potions Professor Horace Slughorn (Jim Broadbent). Slughorn holds the key to very critical information regarding Voldemort’s destructive plans. Standing in the way is the increasingly dangerous Professor Severus Snape (Alan Rickman) and Harry’s main teenaged nemesis, Draco Malfoy (Tom Felton), the latter of which feels he should be the rightful “Chosen One,” and sets out to shake things up. Meanwhile, Cupid is working overtime as Harry and his cohorts Ron (Rupert Grint) and Hermione (Emma Watson) are all feeling the hormonally induced urges of young love in its various forms. As their own romantic yearnings get impossibly tangled up, the biggest challenge of all awaits the Muggle and wizard community and only one Mr. Potter may be up to the imposing task at hand.

The hallmarks of Rowling’s brilliant concept are all on display here, and while this blockbuster franchise could coast at this point and still rake in the dough, The Half-Blood Prince instead takes great risks by getting dark in the film’s second half and killing off a major character along the way. This one goes where no Potter has gone before and it all works beautifully.

Allowing the characters, the actors who play them and the audience to all grow older and wiser together is a smart decision. Radcliffe, Grint and Watson are again all pro, really digging into their now familiar roles with style. Grint in particular gets to shine by showing strong comic chops as he deals with girl problems in the form of the aggressively horny Lavender Brown (a hilarious Jessie Cave), underlying romantic tension with Hermione and Harry’s sudden heart palpitations for Ron’s sister, Ginny (a lovely Bonnie Wright). Oscar winner Broadbent is a great addition and Rickman skillfully dominates much of the proceedings. It’s Gambon, however, who steals the movie with a towering performance as Dumbledore—particularly in a spectacular set piece in which he takes Harry to the heart of Voldemort’s fortress.

Special kudos go to cinematographer Bruno Delbonnel, whose stunningly muted visuals bring the look of this series to a whole new artistic level. With Yates, Kloves and the rest of the crew now filming the two part finale, Harry Potter And The Deathly Hallows, this is one franchise in great shape and looks like it’s going to go out in high style.