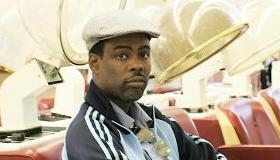 As lively and entertaining as its famous guide, Chris Rock, Good Hair is about the salons, beauty supply companies and styling shows that make up African American hair culture. To call it a documentary is to give this comic film its highest compliment. Its feel-good vibe also bodes well for specialty distributor Roadside Attractions and Liddell Entertainment who bought world rights to the HBO Films documentary after its world premiere at the 2009 Sundance Film Festival.

Director Jeff Stilson adheres to the Michael Moore formula, meaning he follows Rock interviewing a cross-section of black celebrities from Maya Angelou to Ice-T, actress Nia Long to Reverend Al Sharpton, then traveling to a massive hairstyle convention in Atlanta and later to India where much of the human hair used in weaves and extensions originates. Stilson filters the entire journey through Rock's comical outlook on life and likable personality. After all, the globetrotting adventure that is Good Hair begins with a simple question from Rock's young daughter Lola, one he had a hard time answering. "Daddy, " she asked, "how come I don't have good hair?”

Stilson, a two-time Emmy-winning writer on The Chris Rock Show and a veteran comedy writer and producer, understands Rock's strengths thoroughly. He never lets Rock get too serious despite the deep cultural ramifications of black hairstyles and the $9 billion industry that surrounds it. Instead, like the clown prince of documentary film, Rock cracks jokes as women talk about the hassle and extraordinary expense of weaves and extensions, refer to scalp scorching hair relaxers as "creamy crack" and explain the influence of celebrities like Beyoncé and Oprah on the ever-growing pressure to straighten one's hair.

Working from a script he co-wrote with Rock, Lance Crouther and Chuck Sklar, and benefiting from pinpoint editing work from Paul Marchand and Greg Nash, Stilson wisely makes Good Hair a comical journey, one man's investigation into an aspect of life he took for granted, instead of some sprawling socio-political film.

A veteran of sketch comedy shows and talk shows, Stilson understands that some interviews and visits will be funnier than others. In the case of Good Hair the highlight is Rock's visit to the styling convention. Stilson does an excellent job keeping Rock on the run and the film moving swiftly. If an interview or comedy sketch fails to ignite, the next bit is quickly underway.

Roadside Attractions, which plans to release Good Hair October 9, 2009, will easily best the box office of its recent documentaries I.O.U.S.A. and The Cove. While its limited release won't allow for the crossover audiences typical of a Moore documentary, nor anything resembling the earnings of a Chris Rock comedy like Head of State, expect specialty grosses similar to other personality-driven docs Man on Wire ($2.9 mil.) and Valentino: The Last Emperor ($1.7 mil.).

With Good Hair, Rock unveils new job skills: correspondent, interviewer and on-camera moderator. Rock never misses a beat and here's hoping he continues the documentary chapter of his career. There's nothing wrong with a little competition for Michael Moore.