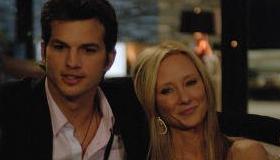 A likable leading man in Ashton Kutcher and the sparkling backdrop of Los Angeles provides Scottish director David Mackenzie with the cinematic ingredients to make a light-hearted update to American Gigolo. While Kutcher is frequently amusing and always pretty to watch, Spread never generates enough drama to make audiences care about Kutcher's lackadaisical boy toy and the film's laughs are too few for it to succeed as an Ashton Kutcher comedy. Spread is the first in a planned series of higher-profile releases from Anchor Bay Films, which purchased the film after its 2009 Sundance Film Festival premiere. As it falls between genres and may lack the benefit of strong word of mouth, Anchor Bay should expect modest audiences for this limited release.

Nikki (Kutcher) is a young Los Angeles transplant intent on living the glamorous life. He achieves his dream sleeping with wealthy and successful older women. One of his conquests, Samantha (Anne Heche), offers Nikki all the luxurious trappings he could ever want. But a pretty Latina waitress (newcomer Margarita Levieva) catches his eye and their romance may cost him the good life he worked so hard to attain.

Produced through his own company, Katalyst Films, the best contribution Kutcher makes to Spread is his easygoing personality, a good old boy affability that has become his trademark. Whether in an opulent Hollywood Hills mansion or at the counter of a modest coffee shop, Kutcher makes Nikki a stylish metrosexual that men want to befriend and women want to bed. His standout scenes involve casual moments of conversation and goofball behavior. When Spread turns more emotional and dramatic, Kutcher and the film flail.

Spread 's LA setting and basic plot, scripted by Jason Dean Hall, invites comparisons to past gigolo dramas American Gigolo, Shampoo and, to a lesser extent, Midnight Cowboy, all of which mean little to Kutcher's young fan base.

Mackenzie, who has directed the films Young Adam, Hallam Foe and The Last Great Wilderness, makes good use of his ample filmmaking skills. Cinematographer Stephen Poster captures all the sparkle of Los Angeles, both high-end enclaves and blue-collar neighborhoods. Editor Nicholas Erasmus keeps the storytelling moving swiftly. The stumbling block is Mackenzie's inability to make improvements on Hall's cliché-bound script and ultimately find the right balance between humor and heartache. If Shampoo, featuring Warren Beatty as a womanizer not all that different from Kutcher's Nikki, is the benchmark for Spread, Mackenzie comes up painfully short.

Kutcher is the marquee star of Spread but his popularity may turn out to be a detriment once his fans discover that the film lacks the comedy they've come to expect from the 31 year old star. Anne Heche brings the film its best performance as the image-conscious Samantha, but she offers little commercial value to its theatrical release.

While Spread looks to become one of Kutcher's most underperforming releases, its quality production values and recognizable leads will be a boost to DVD and home video sales, where the majority of audiences will experience the film.

For Kutcher, it's best to consider Spread as a one-time experiment with drama and a reminder that future projects should always emphasize his comic talents.